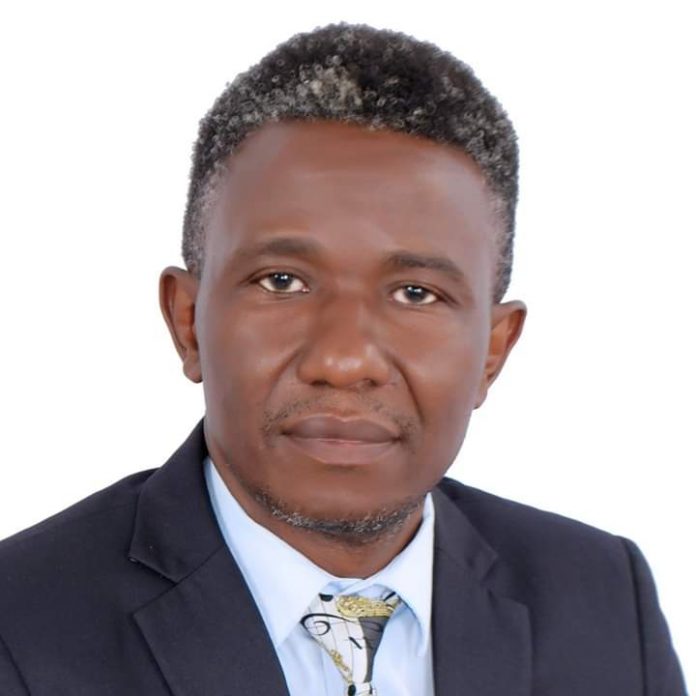 July 2007. I forget the date. Must have been 12th. But it was one of those mornings when you have no idea things are about to go very wrong – after all the sun had still come out from the East as usual and it didn’t look like it would set anywhere other than in the West.

I was preparing for my Wednesday show “Tonight with Tegulle” on the Uganda Broadcasting Corporation (UBC) Television, when the phone rang. It was Peter Kibazo – talkshow host of Issues at Hand (also my former show) on WBS Television. [RIP, my dear WBS]. Peter and I had always been good buddies, even though we were on seemingly rival stations and doing what one would have called rival shows. Rubbish, I tell you.

Peter wanted to know if I could host Opposition leader Dr. Kizza Besigye. No problem, I said. As a journalist who took pride in ethical practice, I always maintained a neutral stance. I’d stopped voting in 1996. The last people I had voted were Capt. Francis Babu as MP Kampala Central and a certain Y.K Museveni as President of Uganda. To ensure that I did not get swayed in my media practice, I threw away my voting card. My conscience was therefore always clear when dealing with politicians. I liked Dr. Besigye, but I was not a member of his party. Neither did I subscribe to the NRM. I took journalism that seriously.

UBC had a clear editorial policy that I knew almost off-head and whose hallmark was balance, fairness, accuracy and impartiality. I had hosted every NRM bigwig there was, including the President. I had hosted the heads of UPC and DP and everyone else that mattered in Uganda. There was nothing new about hosting FDC boss Dr. Besigye. My producer Andrew Patrick Luwandagga (RIP) didn’t see any problem with it either.

Dr. Besigye came early, about nine o’clock. So we sat in the lounge and Priscilla Namara served us first rate coffee and chocolate cake, faithfully supplied to my show by Bancafe (thank you Bwana Banya). In between sips and swallows, I briefed the FDC leader on talking points and how the show would flow. FDC was having internal troubles and that’s all we would focus on.

When we went on air, at 10 o’clock, the phones started ringing as soon as I introduced Dr. Besigye. I had to keep reminding viewers that I’d only take calls in the last third of the show.

The show couldn’t have gone better – Dr. Besigye spoke eloquently about how the party was sorting itself out. Then came time for phone calls. I announced that I could now take calls. But for some reason, not one call came in. I initially laughed at viewers, asking why they were calling at the start of the show when they knew it was not call-in time; and now that it was, they were silent.

After a while I figured the phone was probably faulty. But Dr. Besigye laughed and said, “That must be the work of the regime”. This time it was my turn to laugh at him as being too paranoid. The show ended without calls – something that had never happened before and we went home. Dr. Besigye promised to return soon – clearly he had enjoyed the cake!

It was much later that I learnt what had happened.

Apparently calls came in from State House the moment the face of Dr. Besigye showed on the screen. The Managing Director Mr. Musinguzi Mugasa (who was at home and not even watching the show) was shocked when an angry voice demanded to know what Dr. Besigye was doing on UBC Television. In all fairness the poor man (MD) had not been briefed at all. And it was all my doing – I like to work independently and I particularly had not seen need to brief the MD as I hadn’t briefed him either when I was hosting the NRM top dogs; or the ones from DP and UPC. And my actions were perfectly legit, within the parameters of the UBC editorial policy.

The MD was ordered to get Dr. Besigye off air. The order cascaded down to the TV Manager Ali Oduka (he was also at home) – who sent it down to the Programmes Manager Monica Waceke who was in her office watching the show. Monica, a cute and nicely gifted Kikuyu girl was a Kenyan national who was not only a consummate professional, but also one that didn’t particularly like being pushed around by anyone. Apparently that meant anyone. I wish we had many Monicas around these parts. But they don’t make them like that anymore. Sad.
Monica declared it would be unprofessional to stop a show just like that. She only offered to prevent people calling in. The show would go on. It did.

I was enjoying my morning slumber (having reached home after midnight) when the MD summoned me to his office. I went in with a clear conscience an hour or two later and was put to task as to why I had hosted KB without his knowledge. He was clearly under pressure from above and his job was on the line. Until then I had always thought UBC TV a national broadcaster. My illusions walked away at that point. I didn’t hear from the MD again over the same.

The following Wednesday I hosted another edition of the show and then drove to the airport, boarded a Kenya Airways flight to Nairobi, before boarding a KLM bird to Amsterdam and then to New York to enjoy what I thought was a well-earned vacation in a quiet section of Brooklyn with those beautiful old-fashioned houses where one can hear himself think.

It turned out the vacation was meant to be permanent; for a few days later I received a strange call. Strange, because it came to my room number. It was Richard Kavuma of the Observer newspaper. I initially greeted him casually, thinking I was still in Kampala, only to check myself mid-sentence: no one was supposed to know where I was staying! He laughed and said his editor would have had cause to fire him had he not been able to do such a simple thing as trace me, oceans away.

Richard briefed me on the uproar back home and wanted to know my side of the story. And then he broke the news: I had been fired!

The writer is a veteran journalist and a Lawyer. 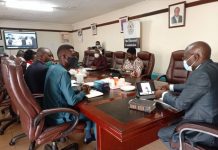 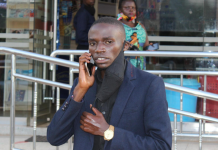 Production, trade and Consumption of illicit alcohol in Uganda is a...