The spokesperson of UPDF 1st Division, Kakiri Maj. Yusuf Biral Katamba has disputed rumor that Local Defense Units (LDUs) are responsible for the shootings that happened yesterday evening in which one person died, and several others got injured.

A young man identified as Dan Kyeyune was shot in the head by a yet-to-be identified killer, and several others injured as a group of supporters of People Power – a political pressure group returned from the burial of their colleague Rita Nabukenya who also died under unclear circumstances, approached Nansana Masitoowa, Wakiso District.

The People Power leadership has since implicated security agencies in the murder of Dan Kyeyune, claiming the shootings were executed by Police and LDUs, and directed at crowds waving at Hon. Robert Kyagulanyi.

Maj. Katamba says, initial report from their (UPDF) investigations indicate that the gun which was used in the murder is a pistol, yet LDUs do not carry pistols.

“It is true that someone was shot dead in Nansana, but it is not true that our soldier killed anyone” Katamba said.

However, police yesterday evening registered an incident of murder by shooting around Masitowa, Nansana, and a hit-and-run accident involving a police O.C attached to Nansana Police station.

Their officer, according to police report, was later admitted to Mulago Hospital with serious injuries, while the body of the deceased was taken to the City mortuary at Mulago.

Katamba says, he is also waiting for a report from the findings of the investigations currently being conducted by Uganda Police Force. 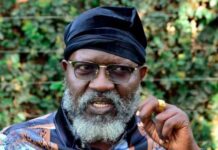 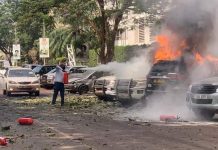 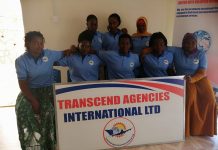