2330 victims and survivors of the Alice Lakwena War, from Eastern Uganda have petitioned Speaker Rebecca Kadaga demanding compensation of 5 million each for damages they suffered during the war that ravaged the region between 1985 to 1987.

War victims and survivors led by Kirunda Peter, the coordinator for 4 eastern districts – Kaliro, Kamuli Serere and Buyende handed a petiton to Kadaga in her office on Monday. A list of 1013 war claimants from the four districts pending compensation was also submitted.

The petitioners claim they fought alongside government soldiers and actively participated to end the Lakwena War in 1987, but since then they have not been compensated for the losses. they say the war devastated their area, property was lost, but government efforts to compensate war claimants are only focused on Luwero claimants and leaving them out.

They also claim it was by their effort that the war stopped in Busoga, and if they had not participated, Lakwena would be president today.

Petitioners claim in 2016, President Museveni pledged to compensate victims and survivors with 5m each but the process has overly delayed without any signs of ever being effected. They say their efforts to get compensated through the office of chairman Veterans Committee Col. Jacob Asiimwe have been frustrated.

They also demand a special arrangement for war claimants from Busoga sub-region.

One of the claimants Tiba Margaret Nali Bunotta (60) and Nabirye Monica Bilyeli (65) from Wankole Sub-County, Iganga District say they collaborated with government soldiers leading to the capture of Lakwena rebels. They say all efforts to get compensated has been frustrated. 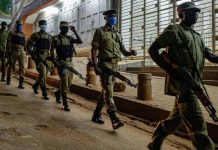 Police ordered to step up enforcement of COVID-19 prevention directives 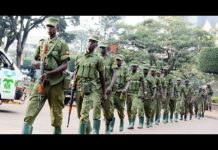