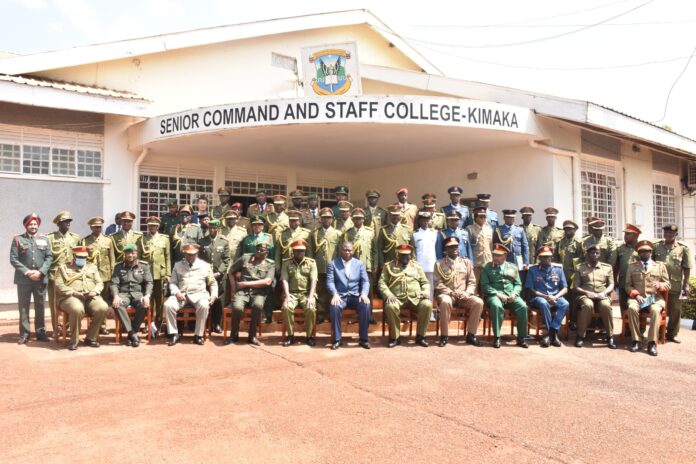 After weeks of training Graduands were awarded the College Badges, signifying the decoration Passed Staff College (psc) and the best students got gifts for their exemplary performance.

In his remarks, as he presided over the function, the Minister of State for Defence Hon Jacob Markson Oboth congratulated graduands and noted that the only way to maintain a serving military is through continuous training.

He said the course postulates a new career and calls for new service, adding that the region faces multiple security challenges that require global combined responses.

He urged graduands to broaden their focus and respond to security issues in a strategic manner on top of being loyal and committed to service.

Hon Oboth commended the President and Commander-In-Chief of the UPDF H.E Gen Yoweri Kaguta Museveni for building a strong and modern UPDF that is a cornerstone for the social economic transformation of the country.

He implored the graduands to holistically look at issues to do with environmental degradation, climatic changes, security challenges and the current youth bulge.

The Deputy UPDF CDF Lt. Gen. Peter Elwelu commended the solidarity expressed by all the EAC Partner States towards integration and also called upon the graduands to avoid being taken by surprise by being alert spiritually, militarily and physically. He explained that success in life is dependant on many factors other than education.

The Commandant of College Lt Gen Andrew Gutti congratulated the senior officers upon their successful completion of the one-year intensive course that prepares them for future command and staff positions.

He urged them to utilise the acquired knowledge and skills to address the existing asymmetric warfare, epidemics and environmental challenges.

“Not only have you undertaken military studies, but you have broadly covered issues to deal with policy and strategy, national and international affairs; which gives an advantage to handle complex international issues,” noted Lt Gen Gutti.

He implored the graduands to be patriotic, selfless, professional and disciplined as they execute their command and staff functions. 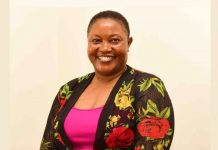 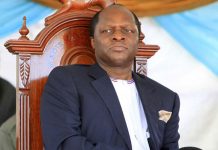 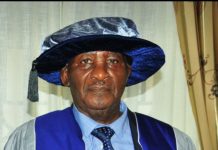