The Ukrainian delegation arrived in Belarus on Monday for talks with Russia, Sputnik has reported.

Ukraine agreed to hold talks with Russia at the Belarusian-Ukrainian border near the Pripyat River, Ukrainian President Volodymyr Zelensky said via social media on Sunday.

The agreement to hold the talks was reached during a phone call between Zelensky and Belarusian President Alexander Lukashenko as a peaceful means to end the war raging in Europe and threatening to draw in many other nations.

Meanwhile, Ukraine has mobilized about 100,000 troops amid the conflict with Russia, Valery Zaluzhny, chief commander of the armed forces of Ukraine, said Sunday on Facebook.

About half of the mobilized forces belong to the Territorial Defense Forces of the armed forces of Ukraine, Zaluzhny said.

The death toll from the Russian invasion on Thursday is reported to be at least 644 including 210 civilians and forced thousand into refugee situation.

Russian forces moved by air and land to attack Kyiv on Friday, hitting defenses across Ukraine that Western defense officials said were unexpectedly strong, while Moscow signaled openness to holding talks with the Ukrainian government.

Despite the overture, Russian President Vladimir Putin Friday excoriated Ukrainian President Volodymyr Zelensky and his government, comparing them to terrorists.

“They hide behind people in the hope of later blaming Russia for the civilian casualties,” Mr. Putin told a security council meeting.

After dark on Friday, Mr. Zelensky released a video of himself standing in front of the presidential headquarters in central Kyiv with his chief of staff, the country’s prime minister, and the parliament majority leader. “We are all here, defending our independence and our state. And that’s how it will be,” he said, as Russian media spread rumors of him having fled the city. 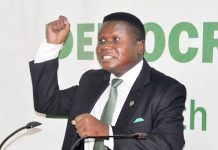 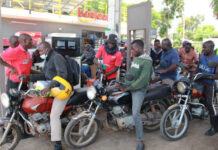