Greetings from Nairobi, Kenya!
It’s windy and dusty this time of the year. The streets are busy with the hassle and tussle of trades. Nearly two weeks ago, the president lifted the curfew that had been imposed on us for over a year. Now, if you have been in Nairobi prior to March 2020 when the first COVID 19 case was reported, you would expect the usual vibrancy of the city to revamp to its usual self. Ironically, this is not the case. But why? One may ask.

Well, it’s pretty simple. Freedom is reduced to shades of optical illusions if only a fraction of the whole is liberated. Kwame Nkrumah, the first president of the first independent Sub-Saharan nation, Ghana, understood this so clearly. He knew Ghana would not experience total liberty unless the entire African continent was free. He lobbied for a unified Africa, knowing that the independence of individual African states was not enough to rid the continent of the consequences of colonial rule. The current state of affairs in the continent only serve to prove him right,

Contextually, Kenya is no more different from Uganda. Actually, from history you’ll learn that they were one and the same. Colonial masters for their own personal selfish interests decided to arbitrarily make one a colony and the other a protectorate, without consultation from our forefathers. Seeing the deep connection, that stretches beyond history, one can now understand that Kenya cannot be truly free until Uganda is free.

Away from history now, I would love to share words of wisdom with the President of Uganda, His Excellency Yoweri Kaguta Museveni. I recall back in Primary school, being forced to recite the presidents of the East African Countries. The chorus was “Kikwete, Kibaki and Museveni” representing the three presidents of East Africa in Tanzania, Kenya and Uganda respectively. But of course, that was almost two decades ago, and things have changed now-at least for Kenya and Tanzania.

Its now about 35 years of your presidential anniversary. You’ll go into the books of history as Africa’s fourth longest serving president. Almost two thirds of the entire Ugandan population have lived their entire lifetime knowing you as the only president. Your name has evolved from a noun, to an adjective to even a verb. The term Musevenism has been used to describe leaders who adamantly clench on to their political seats, in a till-death-do-as-part fashion. The real definition of true African statesmanship.

Perhaps things would be different if this was 1986 when you took office. Remember you even published a book, titled, what is Africa’s problem? Your conclusion was direct and simple. You said the problem of Africa and Uganda in particular is not the people but the leaders who want to overstay in power. Seems like fate has a way of turning us to the monsters we once detested. In the good old days, you fought for the freedom of your nation with zeal. You pioneered industrialization and doubled the size of the economy from 1992 to 1999. Poverty levels reduced by up to twenty three percent according to the World Bank reports. The Uganda then was a thriving economy with vast potential.

Fast forward years later, and tides seem to have changed. Increase in poverty levels by over 27% according to the 2016-2017 National Bureau of Statistics report and the economy crippling due to poor economic policies and emasculation of institutions. This makes Uganda a shell of its former self. It also reflects on you Museveni, how you abandoned your first love and fell to the seductive trap of power. The tighter you gripped on it; the more Uganda stumbled.

“Stability” is the excuse being flaunted to justify an obvious vice. But now Mr. President, I assure you the time of grace is short. I endeavor to adjure you to move from preaching stability to building your legacy. Learn from us, our leaders understood their appointment was for a given time. After, clenching the seat, they took on the laborious tasks of building their legacy. That is what has ensured consistent economic, political and social growth in Kenya. Can we really say the same for Uganda?

Continued closure of places of worship, schools and other sectors of the economy exposes the levels of tyranny you impose on the people of Uganda. The burden of the consequences as a result of your continued adamancy will befall you and your inner council. The blood of the innocent will be upon your heads and there is no escape.
African wise men say it is easier to silence the sheep in your own homestead than a far way land. We here in Kenya have onboarded the ship and our voices only get louder. Kenya is watching and the entire globe is watching too. One can put to flight thousand and two ten thousand. United we stand to condemn in the strongest form all oppressive mandates that infringe on the God-given human freedoms of the people of Uganda.

This is the final hour of grace. Change course before it is too late. End lockdown now and fully reopen the economy. No extraordinary miracle or target will be achieved in January, only a more miserable people and a deeper failing presidency. It is a sadder state of affairs to know that men and women of God, politicians, medics and other leaders have advised and adjured you on the same thing yet you continue hardening your heart. This call coming beyond the confines of your borders, should reinstate the magnitude of the issue at hand to you.

People of Uganda, Arise! Step Up and Be Counted. Let us not sit on the fence and watch darkness run rampant. In our own capacity let us take action till all we see is liberty and freedom. I stand with Uganda as we move forth in one voice, one cause, one call and one accord!

The writer is a member of National Christian Students Association, Diplomat and Freedoms Advocate 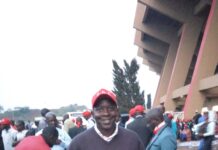 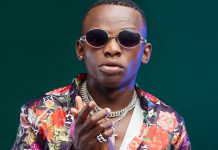 John Blaq risks jail for breach of contract with the Catholic... 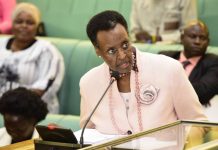 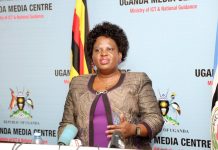 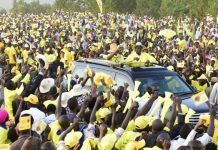