President Yoweri Museveni has called the signing of the East Africa Crude Oil Pipeline between Tanzania and Uganda as third victory for the two countries referring the signing as victory on the economic front.

The newly-installed Tanzanian President Samia Suluhu Hassan witnessed the signing of agreements that pave way for construction of a 1,334KM pipeline that will transport Uganda’s oil from Hoima to the port of Tanga in Tanzania.

Speaking at the ceremony, Mr Museveni said the two countries have in the past posted military and political victories and now with the oil pipeline deal it is an economic victory.

“I thank Her Excellency Samia Hassan for indulging my sentimental request of conducting this signing ceremony on the 11th of April, 2021. 42 years ago, this same day, is when the Tanzanian troops captured Kampala and enabled, Oyite Ojok, to announce the fall of Idi Amin.” Museveni said.

He added: “At that very moment with my rapidly growing Fronasa troops operating with another TPDF task force division under Major General Cyrus Mayunga, I was on the Mbarara front. Today, therefore, is a triple victory for Tanzania and Uganda…. Ushindi wa Mara tatu……”

“On these two occasions Mwalimu Nyerere played a very important role, In the 1978-79, TPDF played a major role in removing Idi Amin from power. In 1985-86, Mwalimu Nyerere gave us 5000 riffles at the right time just before the assault on Kampala starting on the 17th of January 1986,” he said.

According to the Ugandan President, when the Tanzanian route became viable a new consideration crossed his mind – the historical contribution of Tanzania in the liberation of Uganda in both 1978-79 and 1985-86.

On Kenya’s role he said the two countries are brotherly, just like Tanzania, however, historically there is this unique role of Tanzania that makes him feel indebted.

“I am, therefore, most satisfied that the project will make a modest contribution to the development of Tanzania. It cannot compensate for the huge sacrifice that Tanzania made for the defeat of Idi Amin, and the liberation of the whole of Southern Africa (Mozambique, Zimbabwe, Angola, Namibia and South Africa. It is just a modest contribution, “he said.

The agreements includes two separate Host Government Agreement (HGA) between Total E&P, and the governments of Uganda and Tanzania.

Other agreements are the Shareholders Agreement (SHA) between the four shareholders in the EACOP holding company.

French Total E&P owns majority 72 per cent shareholding in the EACOP, followed by UNOC with 15 per cent, CNNOC with eight per cent, and TPDC with five per cent. However, officials described Tanzania’s shareholding through its national oil company, TPDC, as tentative.

Also, to be signed is the Tariff and Transportation Agreement (TTA) between the pipeline company and the shippers of Uganda’s crude oil through the pipeline.

The signing of the agreements was initially scheduled for last month, March 22, but was deferred to allow mourning of fallen Tanzanian president John Pombe Magufuli.

Uganda’s head of State also said that apart from oil the same corridor can be used can take a return pipeline supplying Tanzanian and Mozambican gas to Uganda and the great lakes region. The gas Museveni said will be used to smelt the huge reserves of Iron ore that they have in Uganda. 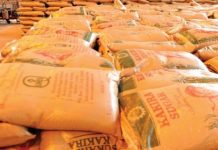 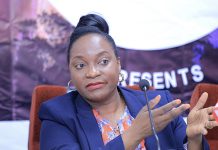 Trump to spend “the next few days” in Military Hospital after...