The Prime Minister Dr Hon Ruhakana Rugunda has credited the Late former Deputy Prime Minister Ambassador Paul Etiang for having paved way for liberalization of Radio and Television in Uganda.

Amb Paul Etiang (82), this morning reportedly succumbed to COVID-19 at International Hospital Kampala (IHK) where he was rushed a few days ago for treatment.

In the condolence message, Rugunda eulogized Amb Etiang as a consumate diplomat who served different capacities with distinction.

“It was during his tenure as minister in the early 1990’s that the highly-regarded liberalization of the airwaves that saw the opening of private radios and television stations started” Rugunda stated.

Etiang served in both Milton Obote I and Idi Amin governments of the 60’s and 70’s before he was posted to the UK as a diplomat. The NRM government took him on for his experience on how to manage government affairs. He served as Deputy Prime minister as well as other portfolio’s including the Information ministry.

Premier Rugunda also lauded Amb Etiang as a public servant who even in remained a valued pillar who cherished unity and development.

Dr. Rugunda who says he was in constant touch with the family during Etiang’s sickness noted that health workers did the best they could but Etiang died.

Etyang is the father of Capt Michael Etiang who recently flew Uganda’s new Airbus from Toulouse to Entebbe as Chief Pilot, and was husband of Zahara Etyang, a Tanzanian.

Information on burial arrangements have not been released yet though it is highly anticipated that Etiang will be accorded a state burial. 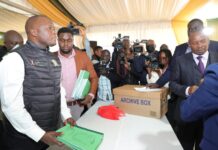 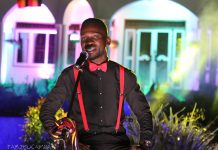