The High Court in Uganda has upheld a decision by the National Bureau for Non-Governmental Organizations suspending the activities of National Election Watch -Uganda (NEW-U), a civil society coalition that was planning to observe the 2021 elections.

Justice Musa Ssekaana, while presiding over a court session on Tuesday, dismissed the application by Center for Constitutional Governance (CCG) another citizen association, asking court to block the decision by the NGO Bureau. CCG had applied for an interim injunction against a decision by the NGO Bureau suspending the operations of NEW-U, its agents and sister agents or servants until Misc. Application 119 of 2020 is heard, determined and disposed of.

In his ruling on Tuesday, the presiding judge Musa Ssekaana consented with the respondent that NEW-UG is not operating legally and and therefore it would be very erroneous for court to restrain the regulator (NGO Bureau) from enforcing the law against errant organizations or allowing illegal organizations to operate in breach of the law.

NEW-U was launched on 10th September 2020 as a citizen association with aims at bringing citizens and organisations together to have discourses on democratic governance including election related issues. NEW-U’s objectives among others were to use election observation as a tool to promote electoral integrity, enhance citizen confidence and participation, mitigate potential election violence and build sustainable civil society structures for 2021 election observation.

On the 29th day of October 2020, the National Bureau for Non-Governmental Organisations through a press release dated 29th day of October 2020 by its senior communications person, Patrick Onen Ezaga, suspended the operations of NEW-U stating that it was not registered in Uganda and further threatened to suspend, take legal and disciplinary actions against other single member affiliated to NEW-U.

In their response before court, the NGO Bureau stated that whereas NEW-U is a registered NGO with a permit to operate under File No. S.5914/13322 but never made any application to review its permit to operate, mandate and or its activities to include formation of loose unregistered coalitions and Consortiums, hence the applicant cannot be permitted to operate in activities that cannot be regulated under its formation.

“In sum and for the reasons stated herein above, this application fails and is dismissed with no order as to costs” the ruling reads in part.

Justice Ssekaana however noted court at this stage is not determining the matters but rather assumes the facts as presented to be true until substantive hearing and
determination.

Through an affidavit, Celia Nagawa, the Principal Legal Officer and Secretary of the NGO Bureau stated that for any Association or body to operate in Uganda, it is a requirement that it should be incorporated in Uganda with URSB which was not the case with NEW-U as an Association or Coalition to govern members of this Consortium and therefore CCG cannot be a member of NEW-U whose composition has the so called members that are not incorporated, not registered and not regulated.

At the ruling, Center for Constitution governance was represented by Mr. Micheal Aboneka while the National Bureau for NGOs was represented Ms. Nabaasa Charity(SA) who submitted that the considerations for interim injunction. 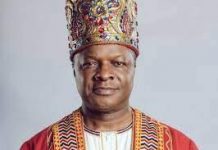 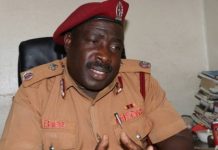 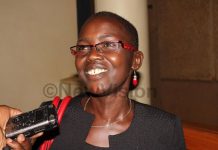