A 150-year-old statue of King Leopold II of Belgium, whose forces seized Congo in the late 19th century and ran an exploitative regime that led to the deaths of millions, was removed from a public square in Antwerp on Tuesday, as protests against racism continued around the world.

The statue of Leopold has been taken down after it was repeatedly vandalized during Black Lives Matters protests, which have taken place across Europe in the aftermath of the death of black American George Floyd, who was killed by a white police officer in the U.S.

For decades, many Belgians were taught that the country had brought “civilization” to the African region, and some have defended Leopold as a foundational figure. Streets and parks are named after him, and statues of the king can be found throughout the country.

Yet there has been growing pressure in recent years, particularly from younger Belgians, to confront the country’s legacy in central Africa — a movement bolstered by worldwide protests prompted by the killing of George Floyd, a black man who died in the custody of the Minneapolis police.

As of Tuesday evening, 65,000 people had signed a petition to remove all statues of Leopold II from across the country.

But in an illustration of how divisive grappling with that brutal colonial history is in Belgium, a spokesman for the mayor of Antwerp, Bart De Wever, said the statue of Leopold was not being removed because of the recent outcry.

The spokesman for the mayor, whose right-wing party has pushed for a crackdown on immigration, said that leaving the damaged statue in its place would pose a “public safety issue.”

He said that it was taken to the Middelheim Museum, where it would remain “for the time being” and that it would be restored, if not placed back. He added that the square where it had stood was set to be redesigned in 2023, “probably without a space for the statue.”

Video footage shows the charred statue in Antwerp being slowly lifted off a pedestal Sunday.

“Taking down statues is important on the symbolic level, but it is just the beginning,” said Joëlle Sambi Nzeba, a spokeswoman for the Belgian Network for Black Lives. “Those monuments are present not just in public space but also in people’s mentalities.”

Sambi Nzeba, who is Belgian Congolese, said that she had had to educate herself about the colonial atrocities.

“It’s symptomatic of the absence of responsibility for colonial history,” she said. “It is invisible in the public discourse.”

The statue’s removal was an example of how monuments have become focal points during recent demonstrations after Floyd’s killing, which occurred after a white police officer pressed his knee into Floyd’s neck for nearly nine minutes.

Leopold, who was born in 1835 and became king in 1865, has loomed especially large as a symbol of European exploitation in Africa.

In the mid-1880s, with the help of explorer Henry Morton Stanley, Leopold seized a part of central Africa, more than 76 times the size of Belgium, in a region that includes the modern Democratic Republic of Congo.

Instead, Leopold became the sole owner of Congo and set about amassing great wealth by aggressively looting the country of ivory and rubber, two rare commodities at the time. He set up a production system which forced black people into slavery for them to harvest and process the materials. Millions of Congolese were tortured and murdered.

While the exact number of victims is unknown, many historians believe it could be as high as 10 million and led to one of the first international human rights campaigns to end the bloodshed. Leopold eventually ceded the territory to Belgium in 1908 but it was another 52 years before Congo regained its independence.

Leopold ran Congo as a venture for personal profit until 1908. Using a private army that included Congolese orphans, the king and his agents drained the land of resources, killing elephants for ivory and tapping trees for rubber. Congolese families were forcibly moved and their members separated and enslaved, leaving as many as 10 million dead, by some estimates.

Leopold’s enforcers became infamous even among European colonial powers, so much so that in 1906, the king, denying accusations of atrocities, admitted that “most likely cruelties, even crimes” had been committed.

Leopold relinquished control to the Belgian state in 1908, and Congo gained independence in 1960. But the colonial era set the stage for the civil war and the dictatorship that followed for many years.

Belgium has had particular trouble grappling with its history. For instance, it only recently overhauled the AfricaMuseum, on the outskirts of Brussels, to remove many racist and pro-colonial tropes in its collection.

As one of Europe’s most affluent countries, Belgium has also faced growing calls to pay damages to Congo.

In 2018, the United Nations called on the Belgian government to apologize for the crimes committed during its colonization and to make reparations, “with a view to closing the dark chapter in history and as a means of reconciliation and healing.”

In April 2019, Belgium apologized for the kidnapping, segregation, deportation and forced adoption of thousands of children born to biracial couples during its colonial rule of Burundi, Congo and Rwanda.

It was the first time Belgium had publicly recognized responsibility for what historians have described as the tremendous harm inflicted on the Central African nations during 80 years of colonization. 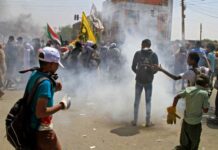 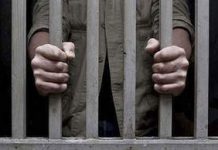