Hours after the new 11- member sovereign council took office in Sudan, Abdalla Hamdok was sworn in as new Prime Minister in a country’s transitional process to civilian rule.

The ceremony took place at the presidential palace in Khartoum just a few hours after the new sovereign council took office.

Upon his appointment, Hamdok a re-known economist vowed to make achieving peace and solving the country’s economic crisis a priority.

His appointment came as Gen. Abdel Fattah Al Bruhan the outgoing head of the military council was sworn in as a leader of the sovereign council.

The Sudanese opposition and the Military Council signed on 17th August 2019 a power sharing agreement to set up a sovereign council made of five generals and six civilians to rule the country until general elections.

Protests had erupted in Sudan in December 2018, culminating into a long sit-in outside the army headquarters which ended with more than one hundred people being killed and others injured.

Sudanese President Omar Hassan al-Bashir stepped down on 11th April 2019, but as Sudanese people celebrated his fall they also pressed for a handover of power to civilians. 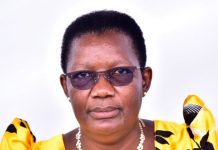 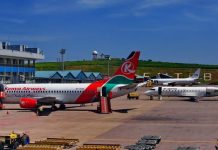