The Joint Chief of Staff of the Uganda People’s Defence Forces (UPDF), Maj Gen Leopold Kyanda has said the number of detained persons circulated by activists is an exaggeration.

Kyanda said that counter verification involving the Uganda Human Rights Commission revealed that only five per cent of the allegedly detained persons are actually in the hands of the authorities in gazetted places.

Kyanda said this while appearing before the Public Accounts Committee (Central Government) to respond to various audit queries.

“We have had an opportunity to interact with the Uganda Human Rights Commission; the numbers that were given were bigger, but upon verification, it was lower,” he said.

Among the audit queries was a rising compensation claims arising from court cases at over Shs3 billion, which irked Committee Chairperson, Hon. Medard Sseggona.

Sseggona said the army’s woes arise from detaining people after arresting them, which offends the law and gives rise to claims for compensation.

“When you arrest somebody, the law does not allow you to detain, you handover to police, who can only detain in gazetted places,” said Sseggona.

Hon. Okin PP Ojara (Indep. Chwa West County) said the UPDF should desist from deviating from provisions of the law.

“The UPDF has to come out clearly…the law is very clear as far as detention of suspects is concerned,” he said.

Sseggona also warned army officers who he said are engaging in partisan politics, saying they are violating the constitution.

“We have seen soldiers making political statements; during election times, we saw people with military pips saying we cannot hand over power to so and so…the taxpayers cannot be giving you resources for you to later say you will not respect their choices,” he said. 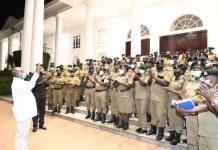 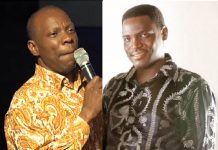