In the recent past, we have witnessed several accounts of gruesome arbitrary arrests of several individuals by unidentified and identified security operatives.

The manner of arrest in Uganda is on many accounts deplorable and unfortunate to be happening at a time when Uganda is commemorating 60 years of independence. As a democratic country, some basic norms are expected from the state but it is unfortunate that even the basic rubric can be breached and one wonders whether these acts by officers are their own or they are acting on some orders, especially when these go on un-condemned/unabetted.

Uganda is signatory to various global, regional instruments on human rights such as the International Covenant on Civil and Political Rights, the Convention against torture and other cruel inhuman or degrading treatment or punishment, International Convention for the Protection of all Persons from Enforced Disappearance, the African Charter on Humans and Peoples ‘Rights, the African Charter on Democracy, Elections and Good governance among others emphasize the duty of the state parties like Uganda to protect personal liberties and ensure that its people are free from enforced disappearances, torture, arbitrary arrest and any treatment that is degrading.

According to Principle 2 of the UN Body of Principles for the Protection of all Persons under any form of Detention or Imprisonment,1988; Arrest, detention or imprisonment shall only be carried out strictly in accordance with the provisions of the law and by competent officials or persons authorized for that purpose. Further Principle 1 of the above UN principles provides that all persons under any form of detention or imprisonment shall be treated in a humane manner and with respect for the inherent dignity of the human person. These principles re-affirm that every human being must be treated with dignity regardless whether they are suspects or not.

The problem is that most suspects are treated as convicts at first sight which is against the principle of presumption of innocence and further the non-derogable right to fair hearing under Article 28 and 44 of our Constitution. We have witnessed several events of unconstitutional manner of arrest; unidentified ‘officers’ carrying out an arrest as if it is a terrorism operation, kidnapping people in the night from their houses, driving them away to unknown locations/detention centers in the infamous drone. Why would one be arrested in the night and in such a manner? It is difficult to comprehend that the state can openly carry out such kidnaps and abductions in the name of arrest.

I have also witnessed events where police exercises arrests in the most inhumane, degrading and barbaric away; squeezing suspects’ genitalia, breasts; beating, pushing them under the truck with all the unreasonable force. This amount of animosity is not called for. I have never seen a police officer or any other person carrying out an arrest in the manner prescribed by our constitution under article 23; introducing themselves, indicating reasons for arrest, informing the suspect about their rights and executing the arrest in a humane way. Is this hard to ask of our security agencies? The question is; will the heavens fall if an arrest is carried out within the parameters of article 23 of the constitution?

We cannot pretend not to be aware of these events and continue denying that that all arrests are carried out in the constitutional manner. Further, I still do not understand why Police parades suspects before media forcefully which is against their right to privacy of these individuals. I still do not understand why police forces suspects especially men to remove their shirts at arrest and in the process of detention, what does this have to do with arrest?

Even as I write this article, we still have our fellow Ugandans that were arrested and their whereabouts are not known! The continuous enforced disappearances of Ugandans in the name of arrests is worrying and we cannot continue to pretend that all is oke! Principle 6 of the UN body principles above provides that no person under any form of detention or imprisonment shall be subjected to torture or to cruel, inhuman or degrading treatment or punishment. The same is retaliated by the above international and regional instruments including our Constitution. No circumstance whatever may be invoked as a justification for torture or other cruel, inhuman or degrading treatment or punishment.

We have seen cases of torture of suspects and this continues to grow at the watch of the leaders. How many officers involved in torturing Ugandans have been arraigned and convicted? Government cannot divorce itself from single acts of so the called errant officers; they are solely responsible for these acts especially when they happen and not action is taken and we see the re-occurrence of the same!

A functional government must be one that is in charge of every state apparatus; it is embarrassing for government to continue to watch the inhumane events of arrest without taking any action, it may pre-suppose that this a condonation of such acts! The government must be accountable to its citizens, for its primary role is to protect the citizens! If one is suspected of committing a crime, gather your evidence, arrest them or even summon them and let them be charged, produced before court within the continually mandated 48 hours.

It is intellectual dishonesty to continue to hold Ugandans incommunicado under the pretext that they have committed crimes and yet they are not being produced for trial! We cannot allow this lowliness to thrive! We must have a society that respects humanity, for tomorrow, it may dawn on you! It is not late to do better, to protect and promote personal liberty of Ugandans and the people in Uganda , for they deserve a government that respects, promotes and protects them! 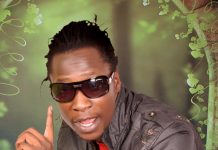 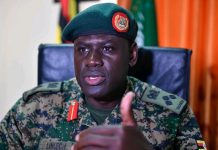