The Permanent Secretary at the Ministry of Finance Planning and Economic Development, Ramathan Ggoobi, has lauded former BOU governor, the Late Prof. Emmanuel Tumusiime Mutebile, for modernizing the country’s economy, which now “Ugandans want to destroy.”

Ggoobi who also doubles as Secretary to the Treasury, made the remarks during the inaugural Tumusiime Mutebile Annual Public Lecture held today at Makerere University where speakers honored the former governor as a seasoned economist for his contribution to stabilizing the economy.

In his keynote address, Ggoobi referred to the Late Mutebile as “Grandfather of Uganda’s modern economy” having delivered it from government control -an economic model he says had failed to work. He praised Mutebile for having controlled inflation to manageable levels resulting into a better economy the country still runs up to today.

Ggoobi, however, accused Ugandans for ignorantly pushing for policies to reverse the gains achieved during Prof. Mutebile’s era.

“When he was appointed to the office I occupy now, Uganda’s inflation was in triple digits. The fact that Ugandans feel the pinch of 3.7% inflation today, shows the kind of work people like Emmanuel did for this country… Mutebile who I believe is the grandfather of Uganda’s economy delivered us from government controls. Many Ugandans want us to return to that model but that kind of economics doesn’t work” Ggoobi said.

Goobi’s remarks re-echo his earlier response to agitation from a section of Ugandans consistently demanding for tax policy reforms and government incentives to mitigate the biting high commodity prices.

The public lecture organized by Makerere University is part of the institution’s Centenary Celebrations, held in memory of his contributions under the topic “Economic Recovery and Resilience in a post-covid-19 world – the role of Higher Education Institutions.

According to the organizers, the annual event will serve as an annual intellectual rallying point for scholars, students and the general public by drawing eminent scholars and government representatives from across Africa and the globe in intellectual conversation

Speaking at the event, Makerere University Vice Chancellor Prof. Barnabas Nawangwe said the institution is extremely proud to host the first of many lectures in commemoration of Professor Tumusiime Mutebile’s legacy.

“The life and contribution of the late Professor Emmanuel Mutebile, as Guild President, great scholar, and Honorary Professor is worth remembering. The event is a timely reminder of the place that institutions such as Makerere hold in the grand scheme of supporting national development priorities.

Nawangwe noted that Makerere occupied a special place in Professor Tumusiime Mutebile’s heart as he always honoured invitations to their events and at the time of his departure, he had expressed willingness to participate in stakeholder mobilization for the institution’s centenary celebrations.

On behalf of the family, Mrs. Betty Mutebile -the widow to the late Prof Mutebile, said the memorial lecture not only commemorates the memory of professor Emmanuel but also underlines his vision of creating a translative & progressive society. She added that as family, Mutebile was a man of the nation, and he belonged more to the nation than to the family. 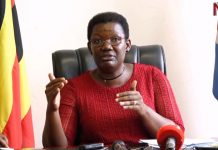 Stick to your job, or resign -Minister tells RDCs 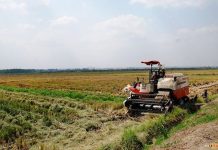