The Chinese government has disputed claims that Uganda surrendered key national assets including Entebbe International Airport for loans from China.

In a statement released on Sunday, the Chinese Embassy in Kampala referred to the claims as false and intended “to distort the good relations that China enjoys with developing countries including Uganda.”

The statement responds to a report by Daily Monitor this week which indicated that China had rejected a request to re-negotiate “toxic clauses” in the $200m Chinese loan picked by the Ugandan government six years ago to finance expansion of Entebbe International Airport. The report claims that if not amended, the agreement exposes the airport and other government assets to potential attachment and takeover by China.

According to the Chinese Embassy spokesman, Entebbe Airport expansion and upgrading project is a $200m preferential loan project financed by Export-Import Bank of China and is guaranteed by Uganda’s sovereign credit, not anything else.

“The malicious allegation that Uganda surrenders key assets for China cash has no factual basis and is ill-intended to distort the good relations that China enjoys with developing countries including Uganda.” the statement reads in part.

The statement also notes that not a single project in Africa has ever been confiscated by China because of failing to pay Chinese loans, and that China supports efforts to improve Africa’s capacity for home-driven development. It says, even in extreme case of debt default, China has sought to reduce the burden by means of debt restructuring, debt mitigation and debt reduction through friendly negotiations.

The statement notes that each and every financial support China provides Uganda must go through serious feasibility studies and market oriented demonstrations beforehand so as to ensure that the project achieves its due economic and social effects and to ensure healthy and sustainable development for China-Uganda economic and trade cooperation.

“China-Uganda economic and trade cooperation including investment and financing in the field of large-scale infrastructure, follows the principle of equality and mutual benefit, and has bee conducted within the laws and rules of international market, and strictly abided by the laws of the host country.”

China says, it has had a painful experience of being controlled by foreign countries, suffered exploitation and oppression, and cannot allow a repeat of that history on itself or any other country.

“Action speak louder than words. Chine has been supporting the move to ease African countries debt burden and actively implementing the G20 Debt Suspension initiative for poorest countries and has the highest deferral among the G20 countries…. therefore for assistance or cooperation with Africa, China cannot allow the history to repeat itself let alone impose it on others.” the statement adds. 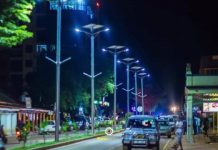 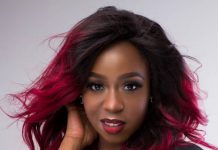 Be Good role models for the Children -Janet Museveni’s story of...