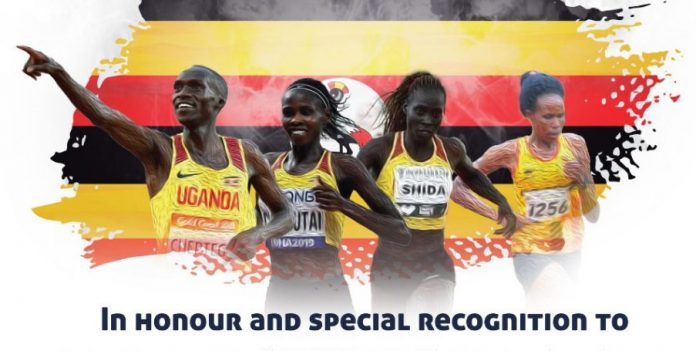 The Inspector Gneral of Police Martins Okoth Ochola has set in motion the process to promote olympic medalists within the force’s ranks, and promoted others, in recognition for their athletic excellence in the recently concluded Tokyo 2020 Olympics.

Cheptegei Joshua Kiprui (Gold and Silver Medalist) and his coach, Njia Benjamin, have both been tipped for promotions from the rank of Inspector of Police to Assistant Superintendent of Police (ASP).

The names of these two have been forwardes to the Police Authority, which has the mandate of appointing and promoting gazetted officers.

However, the IGP, in exercising delegated powers from H.E. The President, promoted subordinate officers, who participated in the Tokyo 2020 Olympics, to various ranks of Corporal to Inspector of Police. They are promoted as follows;

According to Uganda Police Spokesperson Fred Enanga, the letters appointing them will be handed over to them during the piping ceremony and in celebration of their achievement at Police Headquarters, whose arrangements are in place.

IGP Ochola continued to thank the Olympians for their historic win and achievements for the country and the Police force as well, saying they are being rewarded for the great success and the pride they brought to the institution as well as the country.

He further encouraged the athletes to continue excelling in their field of sports and inspire young talent into sports and further take their responsibilities very seriously in promoting the image of the police and Uganda as a country.