The High Court in Mukono, on Monday, concluded rescheduling for the hearing of election petitions filed against Former State minister of Information and Communication Technology, also Woman Member of parliament for Kayunga district Idah Erios Nantaba.

Three petitions were filed against Hon Nantaba and two against the Electoral Commission (EC) among which her close challenger in the recently concluded general elections -NUP’s Harriet Nakwedde filed cases of election malpractice and other anomalies.

Counsel Stephen Muzuusa of Muzuusa and Co. Advocates representing Harriet Nakwede, revealed to us that their case is up for hearing on 23rd this month, before Justice Olive Kazaarwe Mukwaya.

In a separate petition, a voter in the name of Rita Nabadda accuses Nantaba of voter bribery claiming that she dished out of goodies to voters during the election period contrary to Electoral Commission guidelines. Hearing of this petition has been set for August 30, 2021.

In the third petition, a one Jackline Birungi -daughter to Mukono District NRM boss Moses Karangwa, petitioned court querying Nantaba’s academic qualifications. Hearing of this petition was concluded today and delivery of judgement has been set for September 2, 2021.

Counsel Robert Okarang from M/S Okarang law chambers, Advocates and legal Consultants representing Rita Nabadda, refuted claims of consolidation of these petitions saying the first two were filed against Hon Nantaba and EC while theirs does not include EC as respondents.

Counsel Ambrose Tebyasa of Ambrose and Co. Advocates representing minister Nantaba, explained that their appeal for consolidation of these petitions was to save time and resources but since petitioners have refused, they’re ready to take them on separately.

Ms Aidah Nantaba, has been the Kayunga District Woman MP since 2011. In the 2011 and 2016 Member of Parliament elections, she trounced her political competitors to the seat but also through tough political battles.

In 2021, She contested alongside other four contenders and was declared winner of the January 14, election with 42,725 votes while Nakwedde, her closest rival received 37,117 votes.

The NUP petitioner also accuses the electoral commission for being irregular and conducting elections in an unlawful manner. She raises several grounds for the high court to cancel victory awarded to Nantaba before ordering a by-election.

In the petition, the applicant indicates that the respondent declared withdrawing from the race on the elections day after police allegedly stopping 17 of her buses from entering the district with unknown people.

She also indicates that at some of the polling stations, her agents were forced to sign declaration forms before tallying and filling in of results. At the tally center, only the respondent was allowed to access the tent for commissioners and the rest of the candidates chased away by the military.

Hearing of Nakwedde’s petition has been set for September 23, 2021. 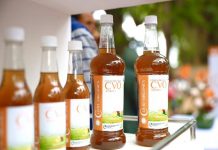 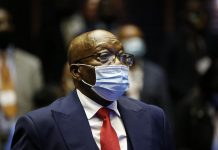