The government of the Federal Republic of Somalia has expressed “deep concern” about the riots and looting going on in South Africa in which four of it’s nationals were killed.

In a press release on Tuesday, Somalia appealed to the government of South Africa to use all means to protect Somali nationals amid unrest that threatens to plunge one of the continent’s largest economy into abys.

The riots which broke out last week on Wednesday after the jailing of former leader Jacob Zuma, have so far claimed 72 lives and left massive vandalization of property. Zuma, 79, started serving a prison sentence for contempt of court on Wednesday night.

“Somalia calls on the South African government to exert all it’s efforts to protect Somali nationals from the brutal acts, to ensure safety of their lives, their shops and preservation of their rights” part of the statement reads.

The South African military said it was deploying soldiers in KwaZulu Natal and Guateng provinces including its economic hub of Johannesburg, to help police cope with looting and arson attacks on businesses in pro-Zuma protests.

On Tuesday, police said more than 1200 had been arrested in related protests and looting since last week.

It is not clear how many Somali nationals are currently trapped in South Africa but reports indicate that the Minister of State Security Ayanda Dlodlo said had received reports of possible attacks against foreign nationals in the country.

South Africa has previously witnessed several bouts of deadly xenophobic violent attacks against immigrants in general mostly targeting Nigerians, Zimbabweans and others. Jean-Pierre Misago, a researcher at the African Center for Migration and Society in Johannesburg, estimates that at least 350 foreigners have been killed in xenophobic violence since 2008. 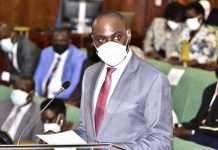