Intern doctors and graduate nurses in Uganda have announced a sit down strike effective 17th May 2021, demanding for a salary increment which they claim was approved two years ago.

The interns accuse the Ministry of Finance for failure to implement a 35BN shillings allocation in the national budget meant to cater for their pay rise yet the funding was recommended by parliament.

In the May 10 letter, their leadership received an assurance from the finance ministry that the funds has been included in the National budget draft for discussion in cabinet, until on 8th May 2021 when information showed otherwise.

“It is on this basis that we as medical interns following our meeting on 9 May 2021, have decide to go on a sit down strike starting 17 May 2021 until the increment of the medical intern’s salary that was recommended is included in the national budget for the financial year 2021/2022” the letter reads in part.

They also note that the letter is intended to ask for the officials support “in the struggle.”

The new development comes days after Nurses and Midwives called off a sit down strike over unpaid allowances from government dating back to 2018.

On May 4, nurses and midwives under their umbrella body Uganda Nurses and Midwives Union (UNMU) laid down their tools over lunch allowances estimated at Shs70b demanding that the money is included in the 2021/2022 financial year budget. Two days ago, the union called off the impending strike after coming to an agreement with government.

Speaking after the agreement, the minister of state for primary health care Dr Joyce Moriku Kaducu said, midwives and nurses make the biggest work force in the health sector and are the ones leading the fight against COVID-19 through vaccinating the people.

According to the ministry’s Senior Public Relations officer Emmanuel Ainebyona, the health ministry has not officially received a complaint from the leadership of medical interns but said the matter will be appropriately handled.

He however noted that interns are students under training and not government employees; therefore they can’t hold government at ransom. 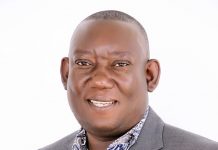 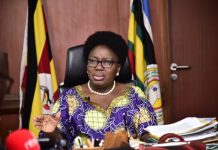 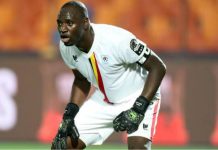