Tanzanian president John Pombe Magufuli has lashed at critics who despise him for his recent dis…speaking English claiming he intentionally shunned the English language because it is less important.

Magufuli, who takes pride in speaking local languages was reacting to critics especially in media alleging that his skills in the queens language are lacking, the reason why he finds solace in Swahili. The “bulldozer” went defensive.

“I studied at the University of Dar es Salaam, earned a Ph.D. in science, stayed in the UK for a year, and people still think I can’t speak English? I prefer speaking and promoting Kiswahili because it is a language left by the Father of the Nation” Magufuli said during a nation address on Monday.

President Magufuli said it isn’t important for Tanzanians to know how to speak and write in English despite the language being medium of instruction in secondary schools. Domestic laws in Tanzania recognize both English and Kiswahili as official languages.

While Swahili is the native language for Tanzania, there is no proof that it is the language spoken by majority of the population since the country is multilingual with more than 120 languages spoken.

While on state visit to Zimbabwe in 2019, the Tanzanian leader shocked Zambians when he turned his host, President Emmerson Mnangagwa into a translator, when he opted to only speak Swahili. Unfortunately it emerged that none among the aides at the State House function in Harare could interpret it except for the Zanu PF leader.

Magufuli was in Zimbabwe on a two-day State visit and in his final address to the media before departure spoke mainly in Swahili the biggest language in East Africa forcing his host to help bemused local journalists with translation.

The Tanzanian leader was announcing his government had a maize surplus and was ready to help hunger stricken Zimbabwe.

After speaking exclusively in his native Swahili, Magufuli turned to the journalists present and said: “I Know you will cut some of the words.”

Mnangagwa’s spokesperson George Charamba tried to translate but could only manage one word. 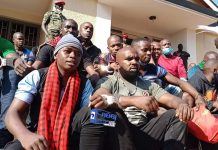 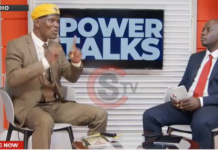