Museveni says he has always been an obedient candidate who follows the the EC guidelines religiously, but he was disturbed by the logic behind EC’s suspension of campaigns to have him suffer the same punishment as “law-breakers.”

Museveni made the remarks during a virtual campaign meeting at Nakasero State House on Monday evening which was also televised over several media platforms.

Candidate Museveni said for a period of two months he has been campaigning, he has been meeting a few selected leaders as the set SOP’s for 2021 elections require him to do, and therefore he was surprised to hear that his campaign meetings too had been banned.

“I have never convened a rally. I have been meeting a few leaders and speaking on radios! I am not happy but God is there watching” Museveni said before adding that the “law-breakers” (read opposition) have done the country bad by spreading the coronavirus more and their actions are now affecting him too.

The EC on Friday announced a decision to suspend campaign activities sine dine, in Kampala, Masaka, Jinja, Kasese, Kalungu, Tororo, Kabale, Wakiso, Greater Mukono, and several other districts on account of the high risk of coronavirus infections in those districts. The EC claim the decision was taken in consultation with the ministry of health to control the surging cases of coronavirus.

The EC chairperson Justice Simon Byabakama noted that campaigns in those areas can be only conducted through use of media or by door-to- door method which limits physical interaction and the spread of coronavirus.

The opposition in Uganda however claim the move is politically motivated to deny them access to the voters in populous areas and within their political base.

Lumumba stated that the decision affects the NRM candidate the more since he had not campaigned in majority of the districts affected by the ban. Lumumba also demanded that the EC comes out with a comprehensive strategy to ensure all candidates have equal access to state media as well as access to private media at a subsidized rates.

During the address, Museveni said the NRM has delivered on key drivers of development including a fairly united people, a strong army and a peaceful climate for investment.

He said Uganda as a whole, for the first time in the last 500 years, has witnessed peace from Karamoja to Kisoro under NRM government which has also opened it’s opportunities through investment and providing both jobs for citizens. 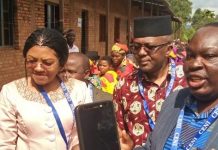 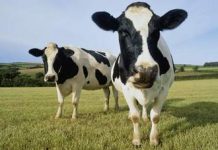