Forum for Democratic Change (FDC) Party President, Patrick Oboi Amuriat has announced he will be competing in the race for for presidency in the 2021 general elections.

Through his personal social media platform, Amuriat said he will be picking nomination forms on Wednesday for expression of interest to compete for FDC party flag ahead of the 2021 elections.

“Fellow Citizens, family, friends and members of the Great Forum for Democratic Change Party, Greetings. I have this day of 17th August, 2020 taken a conscious decision to offer myself as candidate for President of Uganda. For this to happen I must subject myself to the internal selection process of my party, the Forum for Democratic Change, FDC” Hon Amuriat posted on social media today.

“Accordingly I will be picking and completing the FDC forms for Expression of Interest tomorrow Wednesday 19th August, 2020 at 10:30 am and returning Nomination forms on 26th August, 2020 at 11 am. I count on you all to offer prayers and all forms of support as I make this journey to become the highest ranking servant of this country.” he added.

The new development comes ahead of the party’s opening of nominations for the presidential flag-bearer which will start today (Tuesday) and close tomorrow.

Recently, Amuriat stated that Kiiza Besigye will not be challenged for the party flag if he expressed intentions to stand. However, his position was later challenged by the party spokesperson Hon Semujju Nganda saying all positions in the party will be up for contest.

Kiiza Besigye has not yet clearly pronounced himself on the prospect of running against Yoweri Museveni having unsuccessfully participated in four successive elections.

If successfully nominated, Amuriat will join National Unity Platforms (NUP) Robert Kyagulanyi and NRM’s Yoweri Museveni who have already been fronted by their respective parties as potential flag-bearers in the January election.

To advertise on this website or send a story for publication, please call 0701609906 or send mail to [email protected] 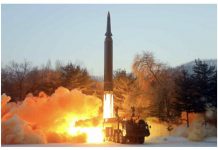 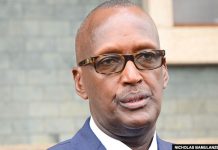