As guided by the FDC National Council, the district executives councils have to either through consensus or through a party primary election choose a FlagBearer to hold their flag at all respective positions.

The MP seat had attracted 2 contestants in the race for the flag and Arans Tabaruka defeated Aggrey Natukunda by 10-2 votes of the 13 member executive council.

He also Founded Integrated Rural Community Empowerment (IRUCE) a rural community organization which bridges policy gaps between the rural communities and government in order to increase access to justice and incomes to rural households.

Mr. Tabaruka rose through the ranks having started working with radio, print and television to spearhead advocacy for women and youth empowerment in rural communities. He insists unity and Focused Development for the people of Kanungu will transform the livelihoods of the people.

He believes his candidature is the hope for women and youth in his fight to advance advocacy for human rights and freedoms for the most underprivileged persons with a focused approach to to improve household incomes. 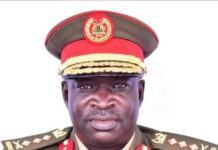 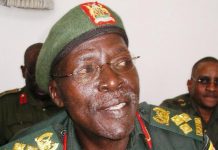