The High Court in Kampala has dismissed a case in which a Ugandan citizen Hillary Taylor sued President Museveni for blocking him on Twitter, which he claimed, tantamount to discrimination and infringement on his constitutional rights.

Taylor, a holder of twitter social media platform handle in the names of @HillaryTaylorVl argued that he was blocked from accessing the respective twitter social media platform handles by President Museveni and other public officials including the Chief Political Commissar Uganda Police Force, AIGP Asan Kasingye and the Director Uganda Media Center, Mr. Ofwono Opondo.

Through his lawyer Male Mabirizi, Taylor argued that President Museveni opened the twitter handle when he was holding the office of President and he has since then been using it in an official and not in private capacity.

He also argued that Museveni uses the said handle as a public forum to disseminate information relating to the activities of his office in his official capacity to get feedback from citizens.

He contended that these actions offend what is acceptable and demonstrably justifiable in a free and democratic society, prohibited by Article 43(2)of the Constitution of the Republic of Uganda.

In his application, Taylor asked court to declare that the actions of public officials, infringe on his right against discrimination guaranteed by Article 21, of the constitution, Article 29 freedom of speech and expression, freedom of thought, conscience and belief.

He also wanted court to issue a permanent injunction restraining President Museveni, AIGP Asan Kasingye, Ofwono Opondo from further blocking him on twitter as well as pay him general damages for inconveniences caused and costs of this application.

In his ruling on Wednesday, Justice Bashaija Andrew of the High Court Civil Division stated that while President Museveni is indeed a public official, he is not a public body in the context contemplated in Section 3 of the Judicature (Judicial Review) (Amendment)Rules 2019.

Bashaija noted that it is evident on record, that the twitter accounts held by Museveni are all held in his personal, individual/private capacity.

He dismissed the case (with costs to respondents) noting that that State House has a separate official twitter account @stateHouseUg which Museveni uses to communicate official/public matters. The same applies to the co-accused AIGP Asan Kasingye and Ofwono Opondo.

“Being private twitter handles, therefore, the respective persons have the latitude to choose on whom to allow or block on those handles. Equally, there is nothing illegal or which precludes a public official from using his/her private twitter handle to communicate or comment on a private matter or on issue of public concern. That would not in itself transform a private twitter handle public. The net finding is that no right of the Applicant, whatsoever, was infringed or violated by the said officials. The application is dismissed in its entirety, with costs to the respondent” the ruling reads. 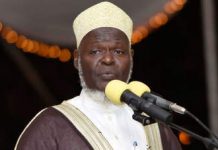 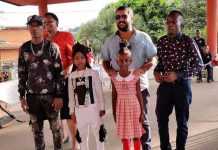