Muwanguzi’s arrest followed a heated television talk-show last evening on Jinja-based Baba TV, on which the two had been invited to discuss social-political issues. The show, it is reported turned chaotic as the two traded accusations forcing the management to summarily stop the show.

According to his lawyers, Muwanguzi alleges that Sakwa pulled out a gun and threatened to shoot him an allegation Sakwa denies saying he didn’t have a gun during the confrontation. Sakwa says Muwanguzi who is also a People Power coordinator, abused the president and wanted to punch him instead.

Police at Nalufenya however declined to comment on the matter pending extraction of a statement from Muwanguzi. It has been confirmed that Muwanguzi’s file is being handled by the OC/CID Nalufenya Police Station though the charges preferred against him are yet to be known.

Through his lawyers, Muwanguzi claims he was badly beaten in custody, and a short video clip this website has seen shows him partly bruised and only dressed in underwear short pants.

Sakwa says after the confrontation, he did not follow up the matter, nor report the case. He however noted that Muwanguzi made “treasonous” statements against the Head of State which could have landed him in trouble.

To advertise on this website or if you have a story for publication, please contact 0701609906 or send mail at [email protected] 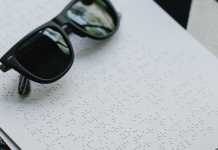 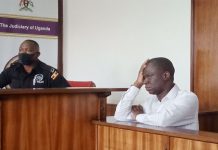 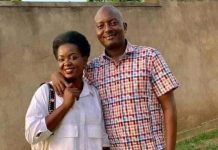