FDC strongman and President of the ‘People’s Government’ Dr. Kiiza Besigye has said cohesion within the opposition is paramount if the much desired change is to be achieved in Uganda.

Kiiza Besigye said freedom from oppression and violation of rights by the ruling government will require the opposition working together regardless of political affiliations.

Besigye’s remarks were part of his end of the year message to Ugandans delivered in a press conference held today at his home in Kasangati, Wakiso District.

“whether you are People government, People Power, DP or CP, we need to work all of us together in order to achieve our rights” Besigye said.

He said this year, FDC has had an opportunity to traverse every region of Uganda testing their structures, and found them not wanting. He however lashed at individuals telling him to abandon the ‘struggle’ saying he cannot quit until his rights are secured. 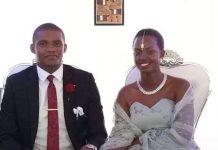