About 11 Allied Democratic Front (ADF) rebels have so far been killed as fighting intensified in the South Western district of Ntoroko following an armed operation by Ugandan army against a gang of rebels who made an incursion into the country last night.

According to the UPDF/Ministry of Defense spokesperson Gen. Felix Kulayigye, about 30 ADF rebels crossed River Semuliki into Ntoroko District prompting the army to deploy and intercept them.

Kulayigye said intense fighting is on but did not mention if there were causalities either on side of the Ugandan army or the civilian population.

“Estimated 20-30 ADF fighters last night crossed River Semuliki into Kyanja in Ntoroko district. Our intelligence got wind of them and they were intercepted. A fight is on to decisively deal with the group. 11 of them have been put out of Action. More details will be availed.” Kulayigye posted on his official Twitter page.

Hundreds were seen fleeing Kyanja II and Kyobe villages in Ntoroko District after suspected ADF rebels attacked their areas.
Reports indicate that some rebels have been put out of action by UPDF and fighting is still ongoing.

Details about this story will come later. 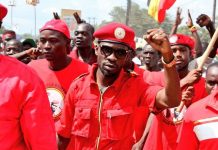 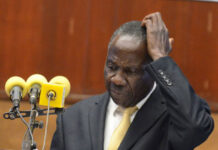