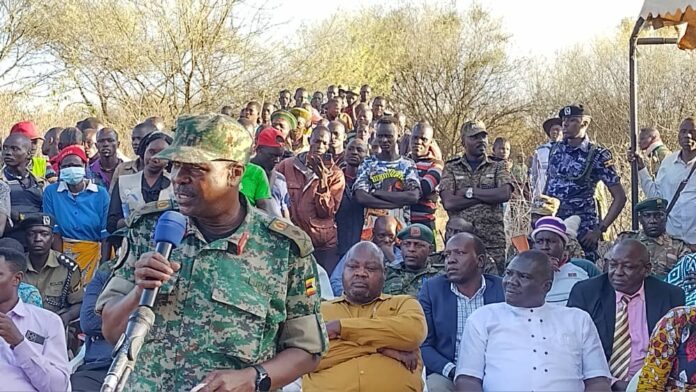 Uganda and Kenya authorities have signed several memoranda to end criminality and gun violence among inter-pastoral communities in both Karamoja Sub-Region and Turkana County in Kenya.

Senior leaders from both Karamoja and Turkana County made their commitments during the joint cross-border security meetings and community engagements at Moroto district and Kobebe Mega Valley Dam respectively on Wednesday, 9th November 2022.

“I’m sure we have planned disarmament operations and have the support from HE William Sameo Ruto, Kenya’s President,” said Jeremiah .

He added: ” I want to thank the President of the Republic of Uganda and Commander in Chief of the UPDF Gen Yoweri Kaguta Museveni for allowing us to graze and share natural resources,” remarked the Governor. 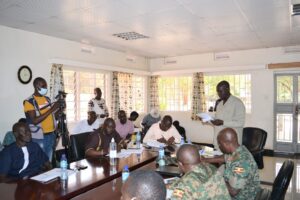 He reminded the meeting and audience that Turkana County has ever conducted Disarmament Operation during the tenure of the late John Michuki ,then Minister of Internal Affairs in the National Government of Kenya where several guns were recovered, which signified good leadership, commitment and willingness.

He also urged senior leaders from either side to reinforce the Memorandum of Understanding (MOU) signed between President Museveni and Uhuru Kenyatta, the former President of the Republic of Kenya early this year.

The Woman Member of Parliament for Moroto Hon Stella Atyang appealed to the Turkana County leadership to retrieve and revisit some of the MoUs to form modalities and disarm their locals. 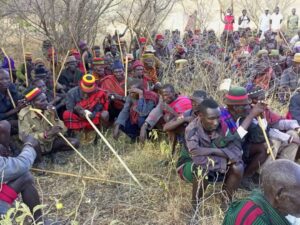 The RDC of Moroto district noted that the Turkana annually cross over to the Ugandan territory in search for pasture and water but there is no firm and regulated mechanism that bars them from entering with illegal guns.

“We are here to look at a standard mechanism that shall be followed by the Turkana Pastoralists when they enter Uganda in search for pasture and water to ensure that there is harmony and sustainable peace in the Karamoja Sub region,” the RDC stressed.

“We are empowering the Kenya Police to ensure that the issue of guns marauding in illegal hands comes to an end,” he said. 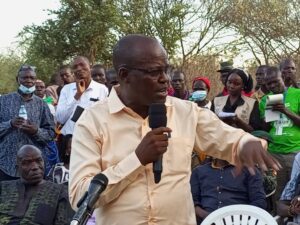 In his remarks, 3 Division Commander Brig Gen Joseph Balikudembe noted that much as the “Usalama Kwa Wote” operations have registered significant achievements since July 2021, the region continued to pick signals on rearmament which undermines total pacification.

“For about five years, Karamoja communities have continued to access weapons and ammunition from cross-border flow and confrontation with security forces among other sources,” remarked Brig Gen Balikudembe.

The 3 Division Commander who also doubles as the Chairperson of the Joint Defence Committee (JDC) launched on 26th Oct 2022, between UPDF and Kenya Defence Forces (KDF), whose work is in implementation process remains optimistic that some of the cross border challenges shall be addressed .

Samuel Ndanyi, Turkana County Police Commander alluded that the security has already mapped out areas in Turkana and Baringo Counties for disarmament operations. 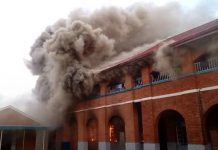 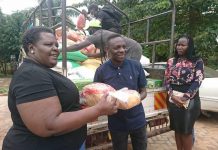