Sudan’s information ministry said on its Facebook page that interim prime minister Abdalla Hamdok had been detained and taken to an undisclosed location.

In a statement, the ministry described it as a “coup attempt”.

Reports indicate that thousands took to the streets of Khartoum and Omdurman, with video appearing to show protesters blocking streets and setting tyres on fire as security forces used tear gas.

The country’s main pro-democracy political group, the Sudanese Professionals Association (SPA), called on people to take to the streets in response to any apparent coup attempt.

“We urge the masses to go out on the streets and occupy them, close all roads with barricades, stage a general labour strike, and not to cooperate with the putschists and use civil disobedience to confront them,” the group said in a statement.

Ayman Khalid, the governor of the state containing the capital, Khartoum, was also arrested, according to the official Facebook page of his office.

The new delopment comes after weeks of rising tensions between Sudan’s civilian and military leaders, including a failed coup attempt in September.

A military takeover would be a major setback for the Sudan which has struggled with a move to democracy since protests ended Gen Omar al Bashir’s long reign. 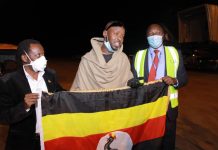 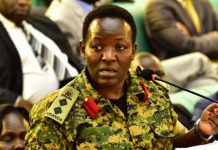