Rwandan President Paul Kagame has said that insecurity is caused by “shortfalls in governance,” and no amount of external funding or military intervention can ensure sustainable peace.

Kagame made the remarks while addressing the ongoing three-day Global Security Forum (GSF) in Doha, Qatar, on Tuesday, October 12. He said unless governance issues are addressed, troop commitments to deal with instabilities anywhere, cannot do much.

Weak governments, he said, are a recipe to all nature of insecurity sometimes unfolding into dangerous forms like terrorism and genocide as was the case with Rwanda some 27 years ago.

“External forces can create the safety and political space for new forms of consensus-based leadership within a society to gain the upper hand. But it can’t be forced or imposed,” Kagame said.

“While we saw what happened in Afghanistan, with a 20-year commitment from the international community,” he added “The efforts in the Sahel region to contain armed groups have also not yet managed to transform the security landscape.”

He cited DR Congo where a peacekeeping mission has operated for 20-years but delivered meagre results.

“But at a minimum, we can say that something is very wrong in terms of how cross-border security threats are dealt with. It is not from lack of engagement or lack of money. I would say that no amount of external funding or troop commitment can create sustainable peace, without putting governance at the centre of it all.”

Kagame noted that because of his country’s history, Rwanda remains committed to contributing to global peacebuilding operations, and “making a difference where we (they) can.”

“We have done so multilaterally, through the United Nations or the African Union, such as in the Central African Republic or in Sudan and South Sudan. In fact, Rwanda has been among the top five UN troop-contributing countries for several years now.” he said.

Troops from Rwanda were the first from the continent to intervene and try to curtail the humanitarian catastrophe that was then boiling in Sudan’s Darfur region. Rwanda Defence Force (RDF) peacekeepers set foot in Sudan in 2004 under what was then the African Union Mission in Sudan (AMIS).

After Darfur, Rwanda also deployed peacekeepers in other conflict zones including South Sudan and the Central African Republic (CAR).

Lately, Kagame said, Rwanda has responded to a bilateral appeal from Mozambique to combat the radical insurgency in Cabo Delgado.

On July 9, Kigali, deployed 1,000 troops to Cabo Delgado to help fight the terrorists, at the request of Mozambique authorities. Rwandan troops were sent to work closely with Mozambique Armed Defence Forces (FADM) and forces from SADC, in the fight against terrorism in Cabo Delgado.

Kagame concluded his remarks at the GSF with a word about vaccine inequity. Clearly, he said, the record has been mixed.

The delayed roll-out of vaccines in Africa and other developing countries, Kagame noted, has hampered global recovery, and probably allowed new COVID-19 variants to emerge.

“That is why it is so visible, because it is bad news for everyone. But vaccine inequality is just one form of inequality in the world. It is a reflection of wider economic and social imbalances that have been there for a long time,” he said.

“That needs to be dealt with, because as we see over and over, global health and security are closely intertwined. I think the real question facing us is whether we are ready to learn that lesson, and work together in new and better ways, and demand better results.”

More than 50 countries – mainly in Africa where the World Health Organization’s (WHO) overall figure for those fully vaccinated is now 4.4 per cent – are reported to have missed the WHO target for 10 per cent of their populations to be fully vaccinated against Covid-19 by the end of September. 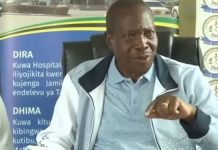