The unnamed high ranking education minister was reportedly sentenced to death by Kim following an investigation into why his department was failing to make satisfactory progress.

A report on the findings of the probe into the Ministry of Higher Education conducted by the Organization and Guidance Department (ODG), claimed not enough was being done to properly “implement the Distance Education Act” -news media reported.

Inspectors are also said to have highlighted the slow pace in implementing “the distance learning policy”, which was deemed to be progressing badly.

Following the death of the minister, the new commission has been “reorganized” under Ri Guk Chol, president of Kim Il Sung University, the report adds.

Among new measures, “they plan to do video conference calls on a regular basis”, a source confirmed.

Last year he reportedly fed a Military General to flesh-eating piranhas, while five aides were said to have been killed by firing squad after his 2019 meeting with Donald Trump failed to produce a deal.

Earlier this week, Kim was also accused of creating a “nuke school” in his country entirely focused on building and weaponizing missiles.

List of other officials reportedly killed by Kim since 2012;
DISCLAIMER: According to Wikipedia -the online Encyclopedia, this list is disputed.

Kim Chol was a Vice Minister of the Army until he was executed, allegedly by mortar bombardment.

Ri Yong-ho was the Chief of the General Staff of the Korean People’s Army until he was allegedly removed and executed.

Ri Kwang-gon was the Governor of the North Korean Central Bank until he was allegedly removed and executed.

Jang Song-thaek was Kim Jong-un’s uncle and the Vice Chairman of the National Defence Commission of North Korea until his execution in 2013.

Ri Ryong-ha was the first deputy director of the Administrative Department of the Workers’ Party of Korea and an aide to Jang Song-thaek.

Jang Su-gil was a deputy director of the Administrative Department.
Jon Yong-jin was the North Korean Ambassador to Cuba until he was executed in 2013.

O Sang-hon was the deputy security minister in the Ministry of Public Security in the government of North Korea who was reportedly killed in a political purge in 2014. According to sources quoted by the South Korean newspaper The Chosun Ilbo, O Sang-hon was executed by flamethrower for his role in supporting Kim Jong-un’s uncle Jang Song-thaek.

Pak Chun-hong was the Deputy Director of the Korean Worker’s Party Administration Department until he was purged.

Choe Yong-gon was the Deputy Minister of Construction and Building Material Industries until his execution in 2015. 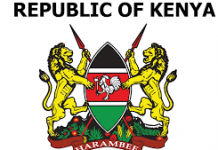 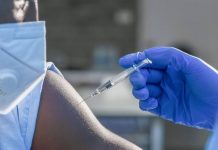 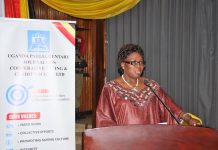