In his application, Kyagulanyi said the vehicle was in URA’s possession where it was examined, assessed and taxed as required before it was released to him as required by law. He also argued that it beats his understanding for URA to seek to do another verification exercise having been done already.

The recall by URA is premised on suspicion that Kyagulanyi underdeclared and the vehicle was erroneously cleared. URA also claims that their findings revealed among other things, that the vehicle was declared to customs as an ordinary motor vehicle, instead of an armored motor vehicle.

Wameli Anthony, Kyagulanyi’s lawyer said they wrote to URA conceding to the recall but the handover is on condition that the verification is to be conducted in presence of Bobi’s agents.

Wameli however confirmed to this website that the vehicle in question is indeed an armored car which means that URA’s claim could be of reason.

He said Bobi and URA also agreed that after verification process which according to them is expected to take a few hours, the vehicle will be handed over to the owner (Bobi Wine). Wameli said Bobi Wine is determined to pay for any increment in tax that may arise in order to secure the vehicle.

According to the ruling, Kyagulanyi had no option because failure to take the vehicle to URA by himself, URA would have proceeded to impound it for re-inspection after being given greenlight by court.

The vehicle according to Kyagulanyi was a donation from his supporters in the diaspora made shortly after the January 14 presidential polls. 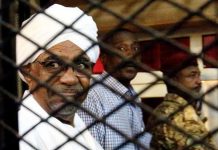