Tanzanian Vice President Samia Suluhu Hassan will today be sworn in as the country’s 6th President following the death of John Pombe Magufuli this week.

Samia will be sworn in to become the country’s first woman President.

Government Spokesperson Dr. Hassan Abbas confirmed the swearing plans in a media briefing Thursday, saying the day would start with an address to the world by acting President Samia Suluhu at 9.30am.

According to Dr Abbas, the VP will give details of the funeral arrangements for the late President Dr. John Magufuli who will be buried in his village Chato in Geita Region. He said there has been anxiety about government’s plans for the burial, but said this has been because of detailed discussions that have been going on to ensure the transition and funeral go well.

He also said there will be plans for viewing of the body of the former leader in Dodoma, the Mwanza region and in Dar es Salaam.

“After the Vice President announces the schedule tomorrow the people will see how they will be able to take part in his farewell and there will be mourning books across the country, let’s calm down and pray for our elder,” Dr. Hassan Abbas said.

Before it was confirmed he had died, reports that Magufuli has been flown abroad for treatment were surprising, because left on his own, he rarely traveled outside the country’s borders.

What that meant was that his Vice President Samia Suluhu Hassan has been the most noticeable figure, representing Tanzania, at all international meetings in the past five years.

Magufuli ‘The bulldozer’ has made only eight visits abroad since he was elected Tanzania president in 2015. He rarely traveled far, reportedly for health reasons, and had only visited Ethiopia, Kenya, Namibia, Rwanda, South Africa, Zimbabwe and Uganda (twice) since he became president.

That means, Samia Suluhu Hassan was the face that everyone is familiar with, representing Tanzania at all the UN, African Union, SADC and East African Community meetings held outside their country.

In fact, two weeks back at the virtual East African Heads of State Summit, Magufuli appeared at the introduction only and left Samia to participate in the rest of the discussion. It turns out that was the last time he was seen in public. 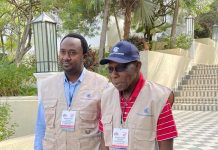 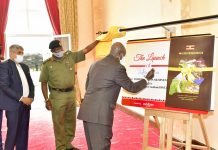 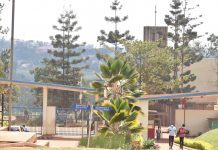