Mr David Ssenfuka, a herbalist treating diabetes and other ailments has made claims he is receiving death threats from anonymous people.

Ssenfuka who claims that at least 1,000 people have been healed of diabetes by his herb, says he has been told he is being trailed with an intention to end his life.

Speaking to the media on Friday, Ssenfuka said he contacted a couple of security organs for help but he has not been assisted.

“Last week, someone called me in the night telling me that he had been following me the whole day at my clinic and his mission was to kill me. This is not the first time because they have sent me messages telling me the same. I hope the security agencies can come out and help me,” Ssenfuka said.

Last week, court dismissed a case where Mr Ssenfuka had sued government for delaying to certify his herbal drug to be put in hospitals for public consumption.

Ssenfuka says he discovered the concoction in 2003 after continuous research on the herbal concoctions, which he learnt from his late grandmother Leunia Namuganga Nalongo.

“I have already had preliminary meetings with the National Drug Authority (NDA) and other parties at the Ministry Of Health to see how we can take the herb through a human and clinical trial,” he said.

Mr Patrick Onyango, the Kampala Metropolitan Police spokesperson, told this website that they had commenced investigations into the alleged threats against Mr Ssenfuka who reported the case at Kasubi Police Station.

“We have received these complaints but we are asking Mr Ssenfuka and we are making sure that those that are threatening his life are arrested and taken to court,” Mr Onyango said in a telephone interview.

“We are considering suspension of the services if we are receiving such threats. If there is no assurance that we are secure, we shall take this service to other countries which are already approaching us for the same herb but our priority would be to have it for Ugandans first,” Ssenfuka said.

In 2018, Mr Ssenfuka’s herbal concoctions underwent an animal test by Uganda Pharmaceutical Institute and the results indicated that out of the 10 ingredients found in the specimen they called SD2018, eight of them were curative of diabetes. 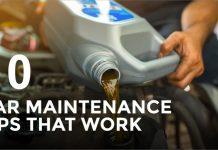 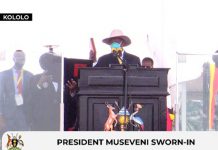