Retired Church of Uganda Archbishop, Stanley Ntagali has apologized to the world for committing adultery with a married woman.

Ntagali said he is sorry for his actions having been tempted the same way any other human can be tempted to sin. He apologized to his family, Ugandans and God.

In an official statement issued on Tuesday, Archbishop Emeritus Ntagali said; “I would like to apologize for my actions as we all know we live in bodies that are prone to sin. I apologize to my family, the Church of Uganda, the whole Christian fraternity and the Most High. Nothing can be done for or take away this but the blood of Christ. I am sorry Uganda. Forgive me God”

Ntagali’s apology follows a letter the Church of Uganda Archbishop Dr Stephen Kazimba authored on 13th January 2020 suspending the retired archbishop from conducting apostolic service after it was found out that he was involved in extra marital acts with a married woman. The identities of a woman who reportedly has a child with Ntagali are yet to be identified.

In the letter, Dr Kazimba noted that Ntagali’s actions were a grievous betrayal on many levels, a betrayed to his Lord and Saviour, his wife and their marriage vows, the faith of many Ugandans and global Christians who looked to him to live the faith he proclaimed.

Dr Kazimba stated that he had informed Ntagali that he is not permitted to function sacramentally, preach, or represent the Church of Uganda in any way until further notice.

In his apology, Ntagali relied on the teachings from the bible that emphasizes forgiveness in case one seeks such; “But as the bible teaches forgiveness, it is in these trying times that we (Church of Uganda) must walk the talk”

Likewise, Kazimba’s letter stated that approximately all 13 million members of Church of Uganda have “sinned and fallen short of the glory of God,” as the Bible says in Romans 3.23. At the same time, the Church holds its leaders more accountable to the same standards we are all called to uphold.

He however noted that it is not time for messing up in service of God’s work; “I want to assure the Church of Uganda that this is a season of “Business Unusual.” We are committed to transparency as well as pastoral care for those who have been affected by this situation.

“This is not a time for us to gossip. This is a time for repentance; a time for prayer; a time to examine our own sin and failings in humility; and a time to make all our relationships right before God” He said.

Dr Kazimba appealed to the faithful to pray for the spouses in both relationships, for repentance and healing in those who have committed adultery, and for justice and forgiveness to flow throughout our land.

“Finally, I want to make it very clear that the Church of Uganda continues to uphold marriage as a lifelong, exclusive union between one man and one woman. Adultery is as immoral as homosexuality and we will not shy away from our commitment to this moral standard. Likewise, if there are any church structures that have enabled such behaviour to be covered up, we are committed to identifying them and repenting of systems that protect abusers and harm victims. No one is above God’s law.” he added.

He called on “all who have fallen short of this standard to go before the Lord in prayer and confess your sin, repent of your ways, and make restitution to those you have hurt.”

Citing a prayer of confession; “Almighty and most merciful Father, we have erred and strayed from your ways like lost sheep. We have followed too much the devices and desires of our own hearts. We have offended against your holy laws. We have left undone those things which we ought to have done, and we have done those things which we ought not to have done; and apart from your grace, there is no health in us. O Lord, have mercy upon us.” Kazimba said. 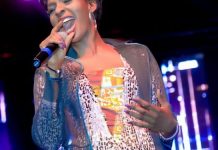