The Uganda Police Force has disputed reports that the police officer who was part of the probe investigating corruption in the Office of the Prime Minister (OPM) died under unclear circumstances as alleged by sections in the media, saying their colleague’s death was due to natural illness.

Through their official social media pages, the Uganda Police Force has said IP David Openy died of natural illness and the natural cause of death was clearly indicated on his death certificate that was given and explained to immediate family members.

State House Anti- corruption Team boss Lt. Col. Edith Nakalema broke the news of Openy’s death through her social media platforms on 5th June saying it came as a shock and that she sought answers regarding his officer’s death.

“My team and I are mourning one of our most dedicated and trustworthy colleagues D/AIP David Openy. His death has shocked us. We pray for his family as we seek answers. May His Soul Rest In Peace.” Nakalema posted.

Ever since, his death has sparked public criticism with sections in the media suspecting foul play in his death and relating it to the corruption probe.

“The Police condemns the misleading post that is trending on social media and further warns that such posts are not only immoral but also criminal” part of the post reads.

The Permanent Secretary Ms. Christine Guwatudde Kintu, the accounting officer Joel Wanjala; the Assistant Commissioner Procurement Fred Lutimba and the Commissioner Disaster Management and Head COVID19 Relief Management Martin Owor were arrested following reports that they rejected pre-qualified suppliers who were offering lower prices for maize and beans and instead awarded contracts to companies that accepted the inflated figures.

The investigations were sanctioned by President Museveni on April 8th following concerns that the prices quoted for the food supplies where much higher than what the majority of suppliers he talked to had indicated. 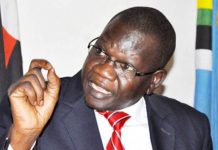 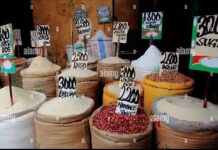