Nabulime who is currently in Germany says, she curebtiy gave birth and ready for a DNA test for proof and their after a demand for justice.

This fresh report came in after Nabulime’s mother only identified as Namirembe Joyce together with her daughter appeared in a n interview that has been making rounds on social media asserting how she was used, impregnated and dumped by Bryan White.

According to their explanation, the incident happened when Bryan threw a mega party at his home for his foundation team.

Nabulime claims that Bryan handed her a drink that only she thought initially was a soda yet the drink was mixed with other alcoholic drinks.

Nabulime claims she passed out only to get back to normal in the middle of the night and in bed with Bryan. She says Bryan used her without protection.

She informed her mum and when Bryan White was reached, he admitted to have slept with the girl but disowned the pregnancy.

In anger, her mum asked Bryan White to buy Nabulime an air ticket to go to Germany and handed her 2M to facilitated her travel expenses.

Nabulime says she has already contacted Minister Nakiwala kiyinji to intervene and help her get justice.

Her mother however confess that she reached out to Bryan white’s team for a job to see her daughter raise money that would fly her to Germany for an overseas job, and that’s how Nabulime landed in the Bryan White foundation.

Nabulime now joins a list of girls who have publicly come out to pin Bryan White for sexually abusing them, impregnating them and forcing them to abort.

The Human Rights Committee of Parliament has already issued summons to Bryan White for an explanation over allegations after two other girls raised alarm on alleged kidnap, and sexual exploitation.

Vivian Mutanda and a mother of another girl named Stella Nandawula testified before the committee how Bryan White has been taking advantage of young girls to satisfy his sexual appetite.

The girls claim that upon recruitment as employees of Brian White foundation, they were held prisoner in Bryan’s house in Buziga, Makindye Kampala as sex slaves without pay.

The committee expects to meet Bryan on Tuesday next week to hear his side of the story. 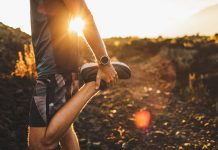