In response to the increasing cases of criminality in Uganda, President Museveni has suggested that severe punishments should be considered, including hanging of killers.

In a detailed communiqué released on Tuesday, President Museveni said that with a huge case backlog in Courts of law, there is need to move quickly on cases of murder, rape, and terrorism to ensure that justice to victims is served.

He said NRM always believes in the law of Moses: “An eye for an eye, and a tooth for a tooth” and therefore political leaders must harmonize with the Courts on the issue of fundamental concept of justice to stop impunity in civilian Courts which condone, aid and abet crime by contrary to the wishes of the masses, exonerate criminals.

He cited a case of three soldiers who were tried and sentenced by the military court for murder in 2006, but a civilian court later reduced the sentence to 18 years and released them recently. As a consequence, the same people have killed 4 other Ugandans to again freedom fighters have expended more resources to arrest and prosecute the same soldiers.

President Museveni said that with the modest investments the country has made in the anti-crime infrastructure, criminals involved in recent crimes are in trouble since they left behind many clues which was not the case before. He also said the recent cases have helped to expose the weaknesses in the police response strategy which when fixed will curb criminality.

Museveni condemned negligence of police officers manning CCTV centers who only retrieve pictures from the memory of cameras after the incident has happened yet they are supposed to watch live and alert patrol vehicles to act promptly before criminals get away with a crime.

He said he has already directed that all police officers involved in the mismanagement of Maria Nagirinya’s  kidnap case after it was reported, be tried, punished and dismissed from the force, and never allowed to work in any government department again.

He also noted that introduction of other measures such as electronic registration of vehicles and motorcycles to enable electronic tracking will further tighten the noose around the neck of criminals.

He highlighted progress of investigations prominent case of murder and reassured Ugandans that criminals will be caught including killers of Joan Kagezi, Muslim sheikhs and others.

Museveni’s call for revival of the death penalty is not new despite condemnation from NGO’s and human rights groups who instead advocate for its total abolition. The proponents of this view contend that there is no evidence that death penalty is a deterrent to crime, and want Uganda to join 19 other African countries that abolished the death penalty.

At the annual judge’s conference in 2018 in Kampala, Museveni told participants that removing a death sentence in a pre-industrial society like Uganda is a recipe for chaos and repented for not sanctioning death sentences.

Museveni last signed a death warrant in 1999 to execute 28 convicts, while execution under military law was last carried out in 2002. 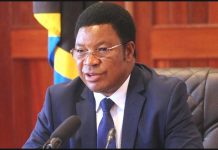 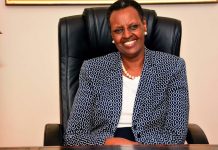