The Secretary General of the ruling party in Uganda the NRM Hon. Justine Kasule Lumumba wants speedy investigations into the brutal attack on an NRM supporter currently nursing severe wounds after unknown people drove 6-inch iron nails through his hands.

In a communication made on Thursday, Lumumba called on security agencies to jointly take up investigations into the matter and bring suspects to answer for their actions.

This followed an attack on Kasumba Baker 21, a resident of Bwaise, Kawempe Division on Wednesday night 28th August 2019 by yet-to-be identified men who beat him up before driving 6-inch iron nails through both his palms reportedly accusing him for supporting NRM.

Lumumba said, every person has a right to freedom of association which includes the freedom to affiliate with any political party and called on Ugandans to desist from cruel and inhumane acts.

Kasumba who is currently undergoing treatment in Mulago Hospital, is reportedly in intense pain. He cannot sit without being supported, speaks with a lot of difficulty, and lays on his back most of the time.

Ms Kasule Lumumba said that NRM party will meet the medical bills of its member.

On his hospital bed, Kasumba reportedly cautioned NRM supporters to be vigilant.

According to a statement from police, before the fateful day, Kasumba was approached by a man at his workplace in Kampala City who warned him to stop supporting president Museveni which raises suspicion that he could be a victim of political persecution.

Medics however said his life is out of danger. 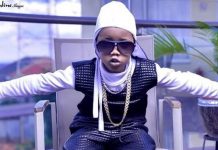 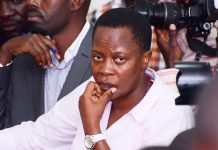 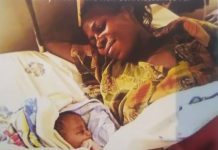 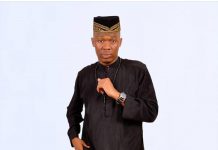