The Human Rights Committee is set to summon the Director for Internal security Organization (ISO) Col. Kaka Bagyenda after one person claiming to be a victim of torture accused him of operating several illegal detention centers spread across the country.

Appearing before the committee on Wednesday, Mr. Gabula Africa Bright Evans narrated the experience and untold horror he experienced in “safe houses” around Kampala following his arrest on orders of Col. Kaka Bagyenda.

Gabula pinned Bagyenda for operating several illegal detention centers in Kyengera, Entebbe, Kalangala and other areas. He said he spent 72 days in three separate safe houses; one in Nalukolongo, and other two in Kyengera on orders of Col. Kaka Bagyenda.

He claims he was arrested 25th April 2019, taken to ISO offices at Okello House, and Bagyenda offered him 100 million shillings to pin Gen. Kale Kayihura and Agasirwe Nickson on cases of treason.

Gabula said he refused and was consequently detained in several safe houses where he was tortured for 72 days.

On orders of Bagyenda, he says he was severally tortured, and spent all the time in chains until he escaped with the help of an insider.

He narrated that detainees in safe houses are kept on chains bound on arms and legs, and forced to confess offenses they never committed.

Gabula also noted that the safe houses are housed in big mansions that cannot be easily detected and spread across the country. He cited the centers where he was tortured as “Base One” in Kyengera, “Base Two” also in Kyengera, and “Base Three” in Nalukolongo, all in greater Kampala.

He said “Base One” is situated near a Petro fuel station in Kyengera town, while “Base 2” is situated close to J.J guest House, Kyengera, and according to witnesses in detention, Gabula said there are 21 bases across the country.

Gabula said he found women and children in base two. The women are predominantly Somali’s and Acholi.

During his detention, he said Base one had about 90 detainees, base two 50, and base three more than 200 detainees. The detainees he said include both men women and children who majorly are detained for political reasons. The children he said include juvenile suspects in the case of arson that happened at St. Benedict Secondary School in Rakai District.

He said detainees eat while on chains, and denied all freedoms including bathing. He however said that women of Somali origin are forced to solicit few privileges from their captors in exchange for sex.

He also said Kaka Bagyenda is assisted by a known hard-core criminal named “Sobby” to identify and arrest potential victims.

Gabula broke down in tears before the committee as he demonstrated the difficulty the detainees go through –feeding, and easing themselves while chained.

“For 72 days i could not stand up, you defecate in the same cell, and it is after three or four days that they remove you and you take your waste to the toilet. i did not bathe in 72 days, mosquitoes and only in a trouser..” he sobbed showing the scars he acquired while trying to feed lying down, and in chains.

He said on 1st July 2019, he said he was assisted by an insider to flee to safety.

He broke down and pleaded for protection from parliament saying that he is not sure of his safety outside yet he would love to live freely as any other citizen of Uganda. He claimed since 2014, he has been in and out of detention centers, and he is trailed by unknown people wherever he goes saying he even saw one of his tormentors at parliament.

The committee chaired by Hon. Nantume Egunyu expressed concern about the situation and resolved that the all people who have been implicated will be summoned before the committee to explain allegations of illegal detention centers and their role in the alleged torture of victims.

The human rights committee of parliament was last week tasked by the Speaker of Parliament Rt. Hon. Rebecca Kadaga to investigate claims of torture in illegal detention centers across the country. 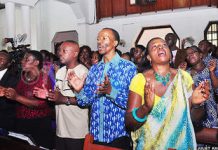 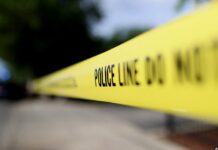