The Uganda police Force through its spokesperson CP Fred Enanga has refuted claims that it is using technology to spy and do surveillance on opposition figures in the country.

This is in response to a media reports by the Wall Street Journal that Uganda Police Force used its technology to spy and conduct surveillance on opposition figures. It further alleges that government is using technology to crush and potentially blackmail opponents of the president.

This media report was later published in the Daily Monitor.

In a statement released on Tuesday, the police force says that although it has a contract with Huawei to install CCTV cameras countrywide as a measure to strengthen law and order, the gadgets and technology at their disposal are not for spying purposes as alleged.

The police force also noted that the article by WSJ which was later carried by a local newspaper is being used to subbotage and smear the UPF, and give a particular member of opposition political mileage.

In the statement, the police force further challenge the WSJ and a local newspaper to release information that the infrastructure installed has been secretly use to to extract personal information from private cell phones as alleged.

“We continue to take our policing responsibilities very seriously and utilize a range of operational, investigative and intelligence tools in our everyday activities, but not for spying purposes as alleged” the statement reads in part.

Fred Enanga also said it is sabotage and a trade war strategy against Huawei and its clients.

The report says the operation has already gathered a lot of information revealing secret plans of the main Ugandan opposition party, the FDC. The Ugandan government also denies that such an operation exists.

According to the report, the equipment can covertly be deployed in buildings, vehicles, computers, mobile phones, cameras and any other equipment deemed worthy for information extraction or surveillance.

The report further says the operation has already gathered a lot of information revealing secret plans of Hon. Robert Ssentamu Kyagulanyi, and the main Ugandan opposition party, the FDC.

It says the aim of the operation is to manage and control the media houses and opposition politicians which may involve blackmailing them. 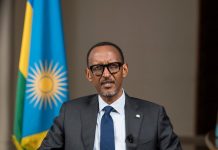 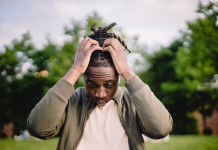