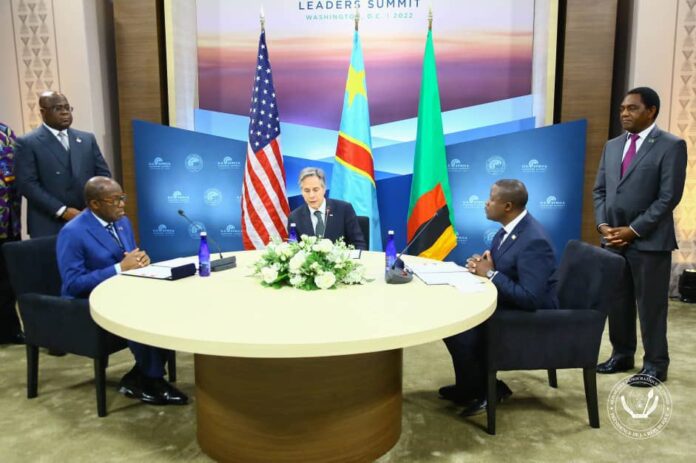 To many, high level meetings are a humdrum and protracted occasion where the West does the talking while the rest of the world applauds.

As such, engagements of this kind have lost taste and no longer catch the eye of global citizens.

However, the upcoming US-Africa Leaders’ summit is an exception.

Like the name suggests, it was first conceived in 2014 during the Barack Obama administration.

This time round, 49 Heads of States from Africa are expected to grace the event which kicked off on December 13th and will end15th 2022 on the invitation of President Joseph Joe Biden Jr.

This one though couldn’t have come at a better time.

The Geo-political landscape has significantly changed over the past eight years and fears are rife that America could be ceding control over Africa to their arch rivals; China and Russia.

Since the construction of the Tanzara, the railway line connecting Tanzania and Zambia in 1976, China has ramped up its economic muscle on the continent in a bid to upstage the west.

According to a documentary by the Economist titled “China in Africa: Should the West be worried?” by 2022, the most populous country had laid over 60,000km of railway lines across Africa.

This is a drop in the ocean when other infrastructural projects come into focus.

These include but are not limited to the likes of the Merowe Dam in Sudan, a hospital in Democratic Republic of Congo (D.R.C) and a 400 megawatts power plant in Ghana’s Brong Ahafo region which was constructed by Sino-Hydro courtesy of a $562 million loan.

In Uganda, the Chinese funded Kampala – Entebbe Expressway (KEE) is already in operation and works are ongoing at a 600-Megawatt Karuma Power Dam which is situated along River Nile.

For starters, the KEE which measures 51.4 kilometers was financed by a UGX1.3 trillion loan from Exim Bank of China.

This cozy relationship is not about to stop, thanks to China’s easy and free lending regime.

Estimates by the Economist Intelligence Unit (EIU) put loan commitments to African countries between 2000 and 2020 at a staggering $160 Bn.

A bunch of these funds, $47 Bn to be specific, have been directed towards the development of transport infrastructure, $41 Bn to electricity, 41 Bn to mining and $2 Bn to the agricultural sector (EIU 2022).

By addressing these pressing needs, China hopes to strengthen its ties with the developing world.

And, for countries like Uganda if these funds and technical resources are put to good use, they can help cure the Achilles heel that many African countries are grappling with, unemployment.

Data from Uganda Bureau of Statistics’ (UBOS) 2021 Statistical Abstract shows that in the 2019/20 Financial Year alone, the total working population was about 15.9 million.

This upward trajectory was however interrupted by the Covid-19 pandemic. Sectors like tourism were left hanging by a thread.

A January 2021 International Growth Center (IGC) Report titled “Covid-19 and Uganda’s tourism sector: Reviving the sector through the National Budget”, states that as of June last year, 91.8% of tourism entities downsized their workforce as a result of economic misfortunes posed by the novel coronavirus.

Subsequently, the average number of workers employed dropped from 9 in January 2020 to only 2 workers by June 2021 representing a 74.4% job loss rate.

On the downside, the Employment Percentage Ratio (EPR) during the period 2019/20 was 38.8 percent implying that less than half of the Working Age Population was employed in 2019/20.

The EPR was higher for males and for residents of urban areas compared to females and rural residents for all the survey years.

The aforementioned report points out that during the year under review (2021), the unemployment rate of the youth was 13.0 percent, which is higher than the national rate (10%). Almost half (47%) of the youth were neither in employment nor in education training (NEET), with more females (35%) than males (35%) in NEET.

To stem this tide, President Yoweri Museveni has on several occasions placed emphasis on the development of the manufacturing sector, transformation of agriculture from subsistence levels, transport infrastructure, import substitution ET alia.

He reiterated this call on December 6, 2022 while meeting with Private Sector Chief Executive Officers (CEOs) at Chobe Safari Lodge.

“I reiterated the government’s focus on strategic stimuli to enable them to produce goods & services at a cheaper cost. Peace is already a vital stimulus; we now need more. The NRM continues to improve the tarmac road cover across the country and we are working around the clock to lower the electricity tariffs so the cost of production goes down. We should look at water and railway transport too,” Museveni implored.

Three days later, he tweeted “we have been preaching about transforming agriculture through mechanization. On that note, I have commissioned equipment at Namalere National Agricultural Referral Mechanization Center and handed over 150 tractors to farmer groups and 100 motorcycles to Agricultural inspectors. Moreover these machines have saved us 40% on costs due to the commendable endeavour by the Ministry of Agriculture, Animal Industry and Fisheries to assemble them here. I now call upon farmers to embrace this new development for better productivity.”

Fortunately for China, they have the money and technical resources.

For this equation to tilt in their favor America will have to out invest Beijing and strengthening economic relations is one of the aces up America’s sleeves.

Apparently, Uganda is currently the 149th largest goods trading partner of the U.S, with USD 185 million in total goods traded during 2019.

In 2019, exports to the US totaled $104 million while imports $80 million according to a report by the United States Trade Representative (USTR).

Simply put, the U.S goods trade surplus with Uganda was $24 million that year under review.

A potential game changer in this case that could revitalize US-Uganda trade relations is the African Growth and Opportunity Act (AGOA), an arrangement poised at providing market access to selected goods from thirty eight Sub-Saharan countries.

Although Uganda is eligible for this, the country has found the going hard and fell short of meeting specific targets.

Ever since AGOA was rolled out twenty years ago, Uganda’s exports to the US have largely consisted of agricultural products, forest products, textile and apparel, footwear and minerals and metals.

Uganda’s poor performance has been attributed to the limitations on eligible products.

According to observers, many of the products where Uganda has the potential for comparative and competitive advantage are not included.

Ugandan goods on the other hand, have found it increasingly hard to penetrate the US markets as a result of strict rules of origin documents used in international trade.

In this case scenario, for goods to qualify they must be wholly obtained, produced, manufactured or processed under AGOA.

The current arrangement is that a value addition level of 35 per cent must be attained on products whose inputs are imported from non-AGOA countries in order to export them under the AGOA. The threshold of 35 per cent on value addition is very high for a country like Uganda which is still making baby steps as far as industrialisation is concerned.

Last but not least, there are fears that AGOA which is due to expire in 2025 might not be renewed and this was brought to the attention of the world on June 9, 2022.

This was during Commission Hearings that were aimed at assessing the performance of the program.

Without mincing words, Uganda’s Embassy pointed out that scrapping AGOA would lead to massive job losses.

“The Embassy informed the Commission that Uganda’s AGOA exports to the USA have increased utilization in recent years, currently standing at 65.8%, which has opened the U.S market to several Ugandan enterprises and created thousands of jobs. The Commissioners were further informed that, with the revival of Uganda’s national carrier – Uganda Airlines – there is potential for increasing utilization of the program through improved transport logistics and the overall reduction in the cost of doing business,” an excerpt states.

Under the Africa Growth and Opportunity Act (AGOA), Uganda’s exports to the USA have been dominated by the following agro-exports: Coffee, tea, mate and spices ($34.33 million), Modified starches, glues and enzyme (USD $ 9.98 million), Mineral fuels, mineral oils and products of their distillation, bituminous substance (USD $6.44 million) among many others.

Whereas these figures slumped at the onset of Covid-19 following disruptions in the supply chain and a global travel ban, there is renewed hope that trade figures will yet again rise.

Projections by the Uganda Civil Aviation Authority (UCCA) appear to back this school of thought.

A recent report by the entity shows that cargo volumes to and from Entebbe Airport have increased from 6,600 metric tons in 1991 to 67,000 metric tons as of last year.

Taking cognizance of this, America is expected to make concessions with a view of enhancing the number of Ugandan exports as far as Market access and direct air cargo links is concerned. 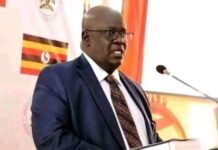 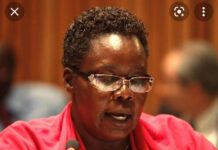