Entebbe International Airport has recorded a steady increase in passenger traffic with August (last month) becoming the busiest month since the beginning of the year 2022.

Luggya says the steady increase in passenger traffic is attributed to a number of factors, including widespread vaccination across the globe, which has led to relaxation of some previously stringent travel requirements. The fully vaccinated are exempted from PCR test requirements at Entebbe.

Luggya also says, confidence building measures by airports, including Entebbe and Airlines across the globe have reassured passengers going through Entebbe Airport.

The steady increase in passenger numbers is also attributed to mainly international arrivals with carriers like Saudia restoring their services to the East African nation.

“Travel by pilgrims to & from Mecca was key in July, and so is travel for trade & employment in the Middle East. Conferences are back & tourism numbers are rising.” Luggya mentioned in a message posted on Twitter. 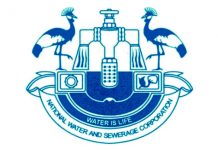