Court in Burkina Faso has sentenced former president Blaise Compaore to life imprisonment for complicity in the 1987 murder of his predecessor Thomas Sankara in a coup, a military tribunal ruled on Wednesday.

The charismatic Marxist revolutionary Sankara was gunned down in the West African nation’s capital Ouagadougou at the age of 37, four years after he took power in a previous putsch.

Compaore was charged in absentia along with his former head of security Hyacinthe Kafando, who was also sentenced to life imprisonment.

Both have previously denied any involvement in Sankara’s death along with 12 other defendants accused of involvement in the plot, three of whom were declared innocent on Wednesday.

“The court finds Blaise Compaoré and Hyacinthe Kafando guilty of attack on state security, complicity in murder and concealment of a corpse,”the tribunal said in its ruling.

Compaore went on to rule for 27 years before being ousted in another coup in 2014 and fleeing to Ivory Coast, where he is still believed to live.

He rolled out mass vaccination against polio, banned female circumcision and polygamy, and was one of the first African leaders to publicly recognise the growing AIDS epidemic as a threat for the continent.

Throughout his 27-year reign, Compaore clamped a tight lid on the circumstances of Sankara’s demise, fuelling speculation that he was the mastermind.

The historic trial into Sankara’s death opened last October, more than 34 years after his death.

Prosecutors at a military court in the capital Ouagadougou had demanded a 30-year jail term for Compaore, who now lives in exile in neighbouring Ivory Coast.

In its closing statement, the prosecution recounted in grim detail the day Sankara was killed.

As Sankara headed to the National Revolutionary Council meeting, “his executioners were already there,” it said.

After Sankara entered the meeting room, the hit squad burst in, killing his guards, the prosecution said.

“The squad then ordered president Sankara and his colleagues to leave the room. They would then be killed one by one.”

Ballistics experts told the trial Sankara had been shot in the chest at least seven times by assassins using tracer rounds.

But the defendants said the victims died in a botched attempt to arrest Sankara after he and Compaore fell out over the direction.

Compaore, who was deposed by a popular uprising in 2014, has boycotted what his lawyers dismiss as a “political trial.”

Before the verdict was passed, Prosper Farama, the lawyer representing the Sankara family said that the families were finally feeling some relief even though “during this trial, no-one confessed or repented. No-one!”

“We ask the court to give the families justice,” he said. “We don’t want revenge, we’re simply asking for justice.” 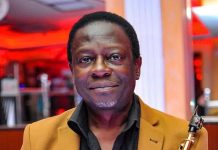 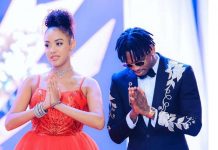 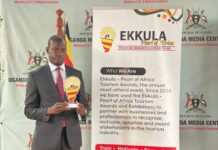