When Joan an old friend of mine told me about her problems with her husband’s boss, I didn’t understand what she meant until she narrated to me.

“My husband always talked about his female boss but I thought he was being a gentleman. He claimed how his boss made him coffee, how she offered to fuel his car, and so and forth. But my mind was too weak to understand what he meant. “So this one time he says that he is going on a workshop where he will be moving with his boss. I agreed on condition that he talks to me every night and sends me a video on WhatsApp before he sleeps off to ensure that he is sleeping alone in the room. In the second week of the workshop I called but he didn’t pick up for two good days.”

Counselor Mary Atim from one of the universities highlights some of the common ways to tell you are losing your husband to his female boss.

You might think that a cheating husband would be likely to pull away from your affections and detach himself from you. While this is sometimes the case, many cheating men will actually do the opposite and will pay you more attention and affection while cheating as a way to alleviate guilt.

Rather than looking at how your husband treats you, consider how he treats your friends and family members. If he used to call your mom on the phone but has recently cut off contact, or if he has stopped planning your best friend or his husband, an affair is a real possibility. Cheaters don’t like to be around people who care about you as these people serve to increase their guilt and confusion and also a reminder of the many people who would be hurt if the truth of the infidelity came out.

Furthermore, many cheating men worry that your close friends and family members will be able to tell that something is amiss even if you can’t. Sarah Okello, who recently got her husband cheating quotes, “I always got surprise calls asking me if I was home already not knowing that it was a way of planning his timetable.” It is taken as a way of pre-planning his next moves.

Atim says if your husband constantly gets phone calls than as it has always been the case, you may be able to disregard this cheating sign. But if the phone calls have greatly increased all of a sudden, and if your husband excuses himself to take them in private, cheating is a definite possibility.

“Bear in mind, however, that your husband may communicate with her lover through secret texts, WhatsApp messages or emails. If these behaviors have increased and your husband is being sneaky about them, he could have something going on the side,” Atim adds.

Going out with “the boy”. If your husband has recently turned into a “socialite”, and especially if he was more of a homeboy before, he could be sneaking out to spend time with his lover. Men in happy, healthy marriages should and often do have more friendships outside of the marriage. However, in a healthy marriage these relationships always take a backseat in his relationship with you.

“If nights on the table of men have suddenly taken top priority, and if your husband dodges questions about who he’s seeing and where they are going, you may have something to worry about. Be especially suspicious if his story changes or if you are unable to get into contact with your man during the unending outings.”

Let’s face it ladies, after a few years of marriage, most men will let themselves go, at least a little bit. As your husband gets more comfortable with you, it’s normal buying new cologne or even a shirt.

While you might get excited if your husband suddenly starts exercising, visiting the gym, or dressing better, these behaviors could indicate the presence of a new love interest. It’s normal for men to want to look their best in the early stages of a relationship, so it makes sense for a cheating husband to suddenly take a new interest in his appearance.

It could just be that your husband wants to rekindle the flame between the two of you and is trying his best to make himself more attractive. But more often than not, a change in appearance and grooming habits indicates something is amiss.

If your husband can’t stop talking about “Mercy” from work or his new friend “Martha” who he met at the gym and, worse yet, if he’s going out with this new person on a regular basis, it might just be more likely that he’s actually hanging out with his boss. Men have a desire to talk about what they are doing, even if it’s a secret, and inventing a new female friend gives them a way to do that, as well as a convenient explanation for escaping on trysts with their new lovers. Insist on meeting this new friend, and if your husband makes excuses as to why you can’t, then it’s probably time to start worrying.

Patricia Abigaba a mother of two and a lawyer in a bank, notes that when you live with someone for a long time, you get used to their special unique scent. If that unique smell is slowly changing into something different, your husband has either developed some new hygiene habits or he may be having an affair.

If he’s suddenly started smelling women’s cologne and it’s not yours, there is a likehood of source of the new smell. Furthermore, if you can detect alcohol on his breath when he claims he was working late or doing some other activity that shouldn’t have involved drinking, something’s not right.

Peter Mbidde a businessman in Rubaga adds that if your husband suddenly starts wanting more sex from you than ever before, you might feel like the luckiest woman in the world. Don’t be so quick to count your blessings however. Any change in sexual behavior is often a red flag that your husband is having an affair.

He could be questioning more sex from you as a way of lessening his own guilt. Or, it could be that he’s having an emotional affair and using you as a way of satisfying his unfulfilled lust for someone else. The movie ‘if loving you is wrong’ could satisfy your suspicions. Conversely, if you had a healthy sexual relationship in the past but your love life has suddenly gone bad, this could mean that he’s finding what he needs elsewhere. Quote me well, am not saying every man who wants more sex is a cheat.

Counselor Marilyn Mukisa a counselor from Mukono University adds that some men just get the urge of having more sex each day as their work schedules or mood changes. These signs provide a sure way to tell your husband is cheating, and you shouldn’t become suspicious right off the hit. He adds however that if you do happen to notice some or all of those things, it might be a good idea to talk about your relationship and make sure everything is going well. “And if something is wrong, then you need to figure out whether or not the marriage is worth fighting for” advises Kevin Mukisa. 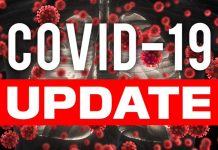