The donor community under European Union (EU) have joined the US to demand that authorities in Uganda should urgently investigate reports of human rights abuse meted on citizens by security agencies including illegal detention, torture and extra-judicial killings.

In a joint statement issued on Monday, delegations of embassies of Austria, Belgium, Denmark, France, Ireland, Italy, the Netherlands and Sweden expressed concern for Human Rights violations in Uganda including excessive use of force by police, violations of freedom of expression and the media, harassment, threats, illegal detentions and violence against journalists as well as human rights defenders.

The statement from donors follow persistent reports of forced disappearance of persons, illegal detention and torture with the latest case involving a re-known novelist Rukirabashaija Kakwenza. The novelist’s ordeal has since triggered emotions and public condemnation with the latest from opposition legislators who announced a two-week boycott of plenary sittings.

During the recently concluded Universal Periodic Review (UPR), the Uganda Human Rights Commission (UHRC) and other stakeholders pointed out the persistence of torture in Uganda. The donors now want government to immediately put to trial or release all people held incommunicado in detention centers, and punish the culprits.

“The EU delegation fully shares the concern of many Ugandan stakeholders over a situation that for more than a year has seen significant increase of reports of torture, arbitrary arrests, enforced disappearances, harassment, as well as attacks against human rights defenders, members of the opposition and environmental rights activists. The arbitrary arrests by security services, holding them in ungazetted places of detention for prolonged periods of time, torturing them, not bringing them before a court within mandatory time limits, are violations of Uganda’s national legislation, regional and international commitments as well as specific presidential guidelines” part of the statement reads.

“While we note the actions already taken against some perpetrators of human rights violations amongst security forces, the relevant Ugandan authorities should ensure comprehensive investigation into all the reported abuses, including the events of 18th and 19th November 2020. Those who are being held incommunicado should be immediately released or brought before justice and those who violate the laws of Uganda should be held accountable and personally liable for their actions.” It adds.

The demand from EU delegation comes just days after the United States Mission in Kampala released a statement informing the Ugandan authorities that violation of human rights by security forces reflect poorly on the government and undermines the Constitution of the Republic of Uganda.

The February 4 statement points to “recurring credible accounts” of forced disappearance, arbitrary detention and use of physical and mental torture of Ugandan citizens by security forces, contrary to Article 24 of the Constitution which criminalizes torture, cruel and inhuman or degrading treatment/punishment.

The US mission urged government of Uganda which is a party to the African Charter on Human and People’s Rights and the global Convention against Torture, to protect the rights of its citizens and to hold accountable those who violate the rights.

Uganda benefits from US and EU support programs with aid funds up to a quarter of the national budget. The donor assistance from the US and EU countries range from military to governance programs and to other service sectors like education and health. 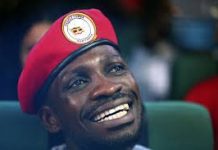 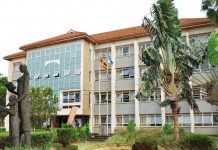 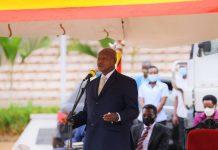 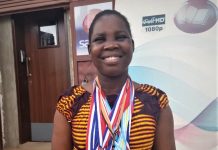