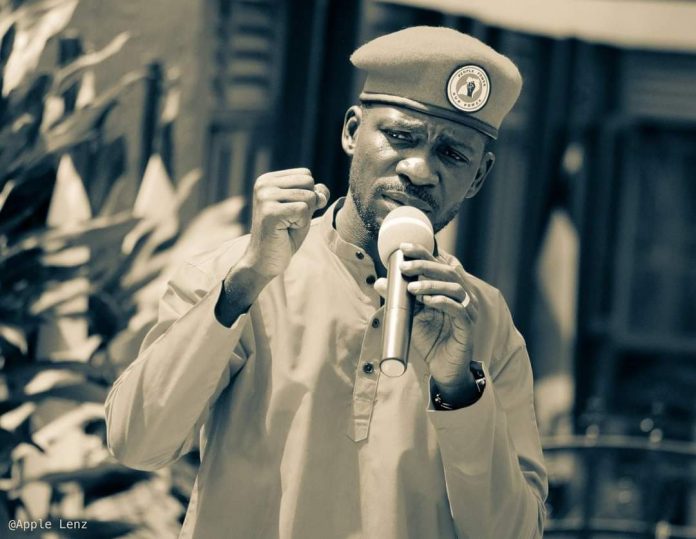 KAMPALA -UGANDA: Opposition National Unity Platform (NUP) president Robert Kyagulanyi has again decried the dishonesty and backstabbing within opposition political actors as the major roadblock in the quest for unity among change-seeking forces.

Kyagulanyi’s remarks are part of his end of-the-year message, he delivered via social media on Friday. Commonly known as Bobi Wine, Kyagulanyi said 2021 has been a very difficult one for many Ugandans, highlighting the January 2021 General Elections in which his supporters were abducted, tortured and some murdered.

In the message which was also shared on NUP social media platforms, Bobi Wine also said president Yoweri Museveni is very weak now, no longer as insulated as he used to be and much more vulnerable than he has ever been.

He however decried intrigue, mistrust and greed within the opposition which he said NUP has endured ever since it’s formative stages and are still a huge impediment to opposition unity. Bobi Wine noted that he had opted to keep quiet for all this long hoping it would help build cohesion but he has decided to speak out his heart so that Ugandans understand the political dynamics at play.

“The challenge is and has always been (in some cases) the “dishonesty and inconsistency” in change seeking forces with some political actors clearly placing personal interest ahead of the national interest thereby undermining the initial cause of regime change.

“For about two years before the election, we sat in more than fifty meetings with leaders and comrades within different formations in the ‘opposition’. Our view was that we needed to tackle Museveni with a single, strong candidate so that we would then scatter our energies across the country in trying to guard the vote. I was even willing not to be the joint candidate, if an honest analysis had been made and it was established that we front someone else. The discussions went on and on and on. Previously before we launched the National Unity Platform , some of the Party leaders kept telling us they needed to consult their party organs. Others told us they needed to first elect their party flag bearers, who would then sit with us to agree on a joint candidate. Others claimed that they could not work with us because we were just a mere pressure group and not a registered political party.” He said.

Bobi Wine says, it later became apparent that some of the actors were in fact not interested in our unity at all, but were using those meetings and engagements to derail and delay NUP. He cites one of the last and “most important meetings” that took place at the home of former FDC Deputy president Owek. Joyce Ssebugwaawo, now a minister in Museveni’s government.

“It was later on that we established that all along she had been in touch with the regime, although she was a Deputy President of a major opposition party.” He noted.

Bobi also claims when he and his group formed NUP and were taken to court, some of the people who worked very hard to see NUP de-registered were not NRM operatives, but individuals he and NUP leaders perceived comrades in other opposition formations.

“Some went as far as approaching the Electoral Commission and Court staff to beg that they influence our de-registration. Some of these people were not necessarily working for the regime, but felt that if we had a political party, we would take over their space. You can imagine! While we are busy fighting to see the regime down, some actors were very comfortable with their positions within the opposition!” Bobi Wine notes.

He says after the 2021 elections, they (NUP) got credible information, (which is well within the knowledge of senior leaders), that Museveni sponsored several candidates at different levels in order to cut their speed.

“As everyone can see, this is information that we normally get and decide to keep with ourselves, but I thought it is important to share it so that the people of Uganda understand the dynamics at play, and place the most trust in themselves. No one else will fight for them except themselves.” he stated.

“There are many lessons we have learnt in trying to forge this unity, most of which we do not make public, because giving certain details can easily lead to further mistrust and suspicion.” said Bobi Wine.

He however noted that not all political actors within the forces of change have this negative attitude and there are very many decent, clear headed individuals whose objective is to see change in Uganda. He says, with all those setbacks, the NUP leadership has not given up on unity, but their view remains that the most important unity will have to come from the people of Uganda, and not just politicians.

“Of course we continue to engage with all Ugandans, be it political leaders or not, on the urgent need to deliver our nation from the crisis which we face. This coming year, we must make a conscious decision to work together as comrades because the alternative would be to resign ourselves to a terrible fate.” He said.

On ccount of how the “struggle” against what he calls the dictatorship in Uganda now stands and what NUP has achieved so far, Bobi Wine said his party has sucessfully “stripped naked” the regime in Kampala and Ugandans have become more concious about the politics of their country which he says is key.

“The whole world now knows that Uganda is ruled by a military tyrant who has no legitimate support of the people. This is an important achievement in any struggle to remove a dictatorship. Secondly, the people of Uganda are now more awakened than ever. I pride in seeing Ugandans, young and old much more interested in the affairs of our country.” Bobi Wine stated. 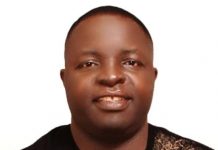 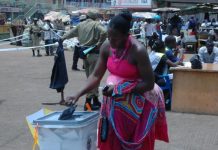 EC Suspends Campaigns in 12 Districts due to COVID-19