Zambia’s opposition Presidential Candidate Hakainde Hichilema on Friday hinted on a possibility that election violence may erupt in the country, following tense presidential and parliamentary elections held on Thursday.

Zambian polling places stayed open after dark, as voters at some waited in long lines to cast their ballots while in others officials began counting the results in tense elections that president Edgar Lungu and his main rival have said are a test of the stability of the nation’s democracy.

“Good morning Zambia! Data coming in is very positive and the will of the people is clear. But be alert – when an outgoing regime panics, it can resort to desperate measures. So stay calm and focused. We will protect our vote with peace and love in our hearts. Change is HERE.” Hichilema posted on social media on Friday morning.

Tensions flared in the run-up to polling in this southern African country of 17 million people as supporters of Lungu’s Patriotic Front (PF) party and Hichilema’s United Party for National Development (UPND) clashed violently on several occasions, prompting Lungu to deploy the army.

As Zambians await the outcome of the polls, internet access and many social media and messaging platforms including Twitter, Facebook, Instagram, WhatsApp and Messenger continue to be restricted in a move widely perceived as government’s attempt to prevent people from communicating about the vote until the official results are announced.

It is however clear that nationals and government officials have resorted to Virtual Private Networks as an improvision to stay in touch with folks.

“We call on ZICTA to immediately unblock the internet so citizens can follow the electoral process and continue with their lives unhindered. It’s a shame that even the PF who ordered the shutdown are issuing unbridled statements through VPN.” Hichilema whose hopes have been illuminated by the high voter turn-up and widespread public agitation for better services.

Rising living costs have eroded the incumbent’s support base, surveys suggest, and the election could be even tighter than 2016 polls when Hichilema lost by about 100,000 votes.

Lungu, who is seeking for a second term of office, is accused of unsustainable borrowing, particularly from Chinese creditors, to finance a spree of infrastructure projects.

However, Lungu says “things are moving well in the country” and is confident of victory, although his critics point to the high cost of living, poverty and joblessness.

Hichilema, who is running for the sixth time, is backed by an alliance of 10 parties. In his speech after casting the vote, he quickly predicted glory but appealed to his supporters to remain patient but vigilant.

“Today, millions of Zambians went out to vote for a better future. The turnout was both huge, and inspiring. With early reports from across the country extremely positive, it is time to protect the vote. Be vigilant. Be patient. Thank you for your support. A new dawn is coming

The winning candidate must receive more than 50 percent of votes to avoid a runoff, which analysts deem unlikely. 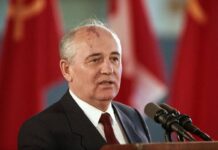 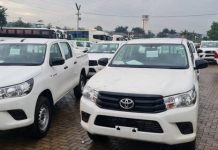