Mr Twine says, the move by police is to put into effect the law that incriminates spreading of unverified information also known as “fake news” as provided under Section 25 of the Computer Misuse Act, 2011. The justification for enactment of this Act was to prevent unlawful access, abuse or misuse of information systems including computers and to provide for other related matters.

“Once you receive a message, before you send it, first verify it’s authenticity and the source. So it’s true there are some people who are not authors but they share… Therefore, for us, we shall pursue pursue the authors as well as the person who shares” Mr Twine said.

The new development follows President Yoweri Museveni’s directive to security agencies to hunt down individuals who recently spread false news that he was dead. Museveni said security must solve this issue, describing it as a non-security but rather idiotic problem because the culprits waste people’s time.

Following the directive, several suspects have been arrested including Peter Ssekyondwa (23) a resident of Makulubita parish in Luweero district, who was arrested on Friday and set to answer charges of offensive communication and computer misuse. Ssekyondwa allegedly shared messages to various people in which he informed them of Museveni’s death but at the same time celebrating the death.

Section 25 of Misuse of Computer Act, 2011 says; “Any person who willfully and repeatedly uses electronic communication to disturb or attempts to disturb the peace, quiet or right of privacy of any person with no purpose of legitimate communication whether or not a conversation ensues commits a misdemeanor and is liable on conviction to a fine not exceeding twenty four currency points or imprisonment not exceeding one year or both.”

Whereas the law is not specific in relation to individuals who ‘share and forward’ information/messages mainly on social media, Mr Twine says it implicitly affects him. He said, in such a case, police will pursue the authors as well as anyone who shares “fake news” since both can either be competent and compellable witness in the case.

“So ladies and gentlemen and Ugandans, don’t share any information which you have not proved to be very authentic” he stated.

This law has since it’s enactment received criticism from a section of Ugandans with legal and human rights experts challenging some provisions as controversial, claiming they undermine right’s to free expression and speech. On the other hand, proponents of the law say if such offences are removed from the Act, such behavior will go on untamed considering the increase of electronic communication in Uganda.

Article 29 (1) (a) of the 1995 Constitution of the Republic of Uganda provides that “Every person shall have the right to freedom of speech and expression, which shall include freedom of the press and other media.”

Authors of false or unverified information usually shared over online social media platforms are also not spared by the this law. It also criminalizes production and transmission of child pornography, offensive communication as well as cyber harassment and cyberstalking. 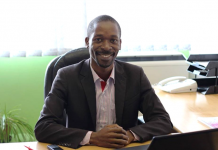 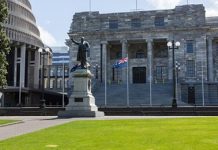 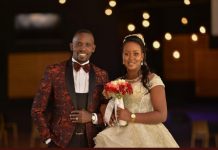