Uganda Police on Monday opted to hold their weekly press briefing at the force’s headquarters in Nagulu, Kampala, a week after journalists staged a walk-out protest over continued brutality by security agencies.

On Monday last week, journalists walked out on a security press conference at the Uganda Media Centre, in protest against the continued police brutality on their colleagues. It has been a norm since May last year, for security agencies to hold weekly joint press briefings at Uganda Media Center.

The journalists who had turned up to cover the presser walked out as the chief political commissar of the Uganda People’s Defence Forces Maj. Gen. Henry Masiko spoke after their demand for an apology was rejected. The walk-out followed an incident in Masaka where three journalists were injured while covering National Unity Platform presidential candidate Robert Kyagulanyi Ssentamu campaigns.

Today, the Media Center which used to be a bee-hive of activities on Monday, remained deserted as all spokespersons of security agencies gave suspicious reasons for their absence save for police spokesperson, Fred Enanga, who held a mini presser in his office.

The Media Center Public Affairs Assistant Mr David Serumaga confirmed that security press briefings may no longer be held at Media Center though he could not entirely attribute it to the journalist’s protest walk-out.

Serumaga however stated that the the Spokesperson’s of security agencies have of late been reluctant to hold press briefings at Media Center and their response since the journalists’ walk-out last week, has been negative.

“When I called Mr Enanga last evening to confirm whether he would attend the press briefing and he said he will not attend if his colleagues from UPDF, Prisons and Internal Affairs are not coming” Serumaga said.

A reliable source told this website that the decision to abandon Uganda Media Center and shift press briefings to Nagulu headquarters was a directive from the Inspector General of Police (IGP) Martins Okoth Ochola. It has also been established that police took the initiative to call top media houses to send reporters for today’s briefing.

According to Serumaga, Mr Enanga however claims the persistent absence his counterparts’ is the reason behind the decision claiming he felt “demoralized” since “communication on security matters require prior collaboration” which has not been possible.

The weekly Joint security press briefings were an initiative by government to communicate decisions of the COVID-19 security taskforce and meant to provide updates on the security situation in the country. In the light of rising COVID-19 infections, the spokespersons of security organs including Uganda Police, the Prisons Service and the Internal Affairs ministry were directed to make this communication at the Uganda Media Center.

When contacted prior to today’s briefing, Mr Serumaga said the Prisons mouthpiece Mr Frank Baine claimed he is out of town, Internal Affairs spokesperson Mr Jacob Ssiminyu was engaged in a management meeting, while the Army spokespersons said they were engaged in preparations for Tarehe Sita events. All these officers however, have deputies who would attend press briefings in case the spokespersons are engaged in other activities.

Though the police’s retreat to Nagulu headquarters cannot be entirely attributed to the journalists’ actions last week, the decision remains suspicious owing to the timing and the mood in which it was taken.

The journalists this website talked to said press briefings at Uganda Media Center were more convenient owing to easy access, and the open space which was one of the reasons for choice of venue, in regard to prevention of COVID-19 spread.

Journalists in Uganda have severally decried police and army brutality they suffer in the course of duty. The walk-out culminated from an incident in Masaka where three journalists were injured while covering National Unity Platform presidential candidate Robert Kyagulanyi Ssentamu campaigns.

The journalists include Ashraf Kasirye who works for Ghetto TV, Ali Mivule of NTV and Daniel Lutaaya of NBS TV. To date, Kasirye is still in Rubaga hospital under intensive care unit after doctors confirmed that his skull was severely damaged during the assault. 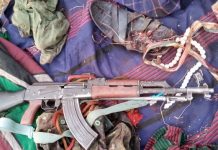